Ruh roh. Tami is losing it. Of all of the people on Prison Island, she was the one I expected to handle jail the best. But Tami is the biggest drama queen in Pod F, stirring up shit when everyone else – even Boston! – is cool, calm, and collected. Here’s what happened:

So, this is going to turn out well.

Babar’s bestie/leg lapper Sam is about to be released to go into 1-year long rehab, which is amazing and wonderful. Good for you Sam! The promises are real! So the whole pod decides to bake Sam a peanut butter cake, and Tami OFFERS to buy some ingredients from her commissary account. Immediately, Tami feels taken advantage of, starts a fight out of the clear blue sky, and grabs the entire cake to storm off into her cell. Even hardened criminals are looking at each other like, “This woman is nuts.”

Tami is teetering close to the edge of sanity, and is doing herself NO favors. She is constantly leaning against the pod wall with her arms crossed, eyes crazed, and demanding, “What? What’s your problem?” from anyway who should tiptoe past to use the facilities. Babar, meanwhile, is wisely laying low. Only she and Tami know that the other is part of the “experiment”, as this was figured out by Tami before she went insane. But now Babar is finding her fellow inmates a lot more palatable than her fellow castmate. Will she feel this way after Sam leaves? It’s doubtful – because the previews show Babar with the towel around her neck which is the official sign for “Get me the hell out of here.” 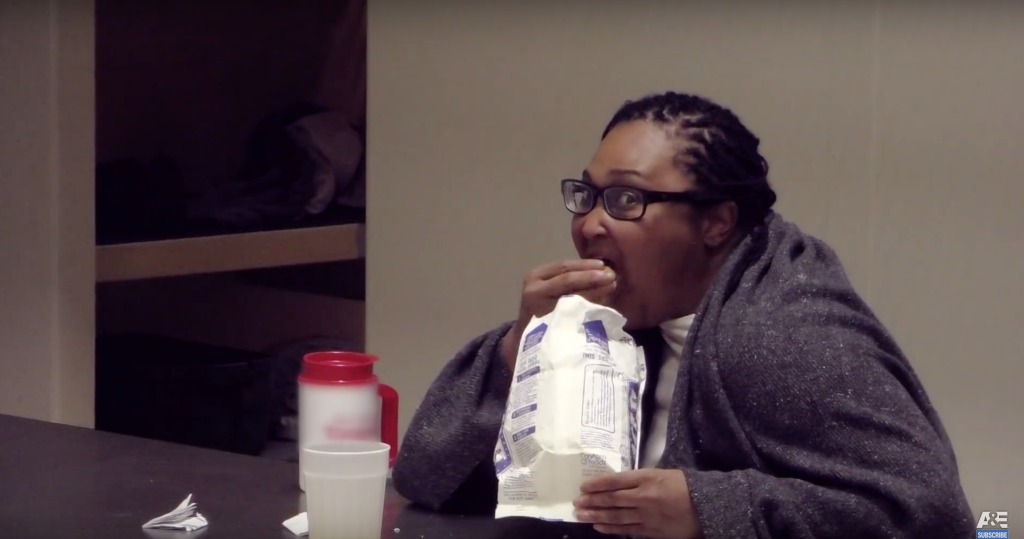 I like how the producers have developed these really low key ways for the participants to secretly request a break – announcing that they miss hot coffee and wearing a towel around their neck – but whenever someone utilized the sneaky code, they do it in the most obvious, terrified way possible. “BOY I SURE DO MISS HOT COFFEE. Maybe this TOWEL AROUND MY NECK will make me feel better.” (Wink-wink, desperate eye contact with camera.)

Maryum, having recovered from her concern of being internationally famous, is really starting to connect with the jail experience in a healthy way. She’s befriending and helping her fellow inmates, she’s empathizing with them, she’s expressing herself in healthy and creative ways – go Maryum!

This is the best tweet from last night’s episode: 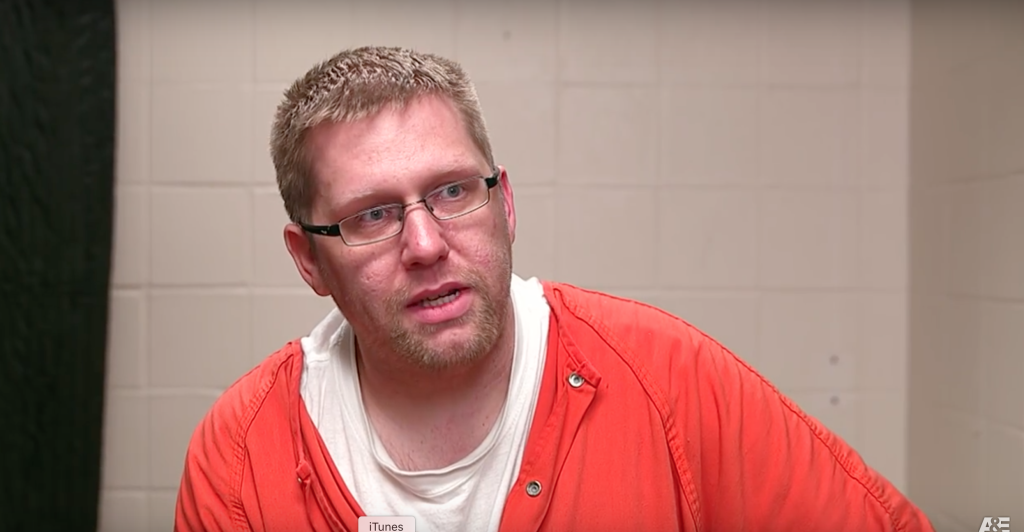 Could it be any more depressing to watch Jeff. “I felt lost being in the situation where I couldn’t go to the bathroom.” UGH, Jeff. The department store security guard seems to think he’s befriended Martin Nash, a “tenured inmate” who is nice to everyone so they give him shit. Jeff is under the impression that he’s best buds with some of the guys in the pod, while nervously standing on the outskirts of their conversations and trying to LOL along. It’s agony to watch. Meanwhile, Martin Nash (I like saying that name) has managed to rope Crazy Ricky into giving up his much-needed meds so that Martin Nash can get a little buzz. Crazy Ricky gets consistently crazier and eventually decides that Jeff is a child molester. Apparently a television revealed this (incorrect) info to Ricky, but Jeff’s pasty facial hair situation isn’t doing him any favors. Even Tommy the Pod Boss tries to talk Ricky down off his insane ledge, but this week’s episode was edited to imply that shit is about to go down between Ricky and Jeff.

Isaiah has taken to drawing and made a friend. He seems to be hanging in there. Zac got a visit from his normal wife, and has deduced that people don’t take their meds but instead trade them. Pretty sure the DEA is on to this concept already, but Zac is trying desperately to be worthy of his secret agent status.

Finally, we don’t see much of Robert this week. He’s been in solitary (excuse me, meditation retreat), and had a mental evaluation with the world’s hottest therapist who hit the nail on the head. According to hot therapist, we’re seeing a mostly normal Robert, who’s amping us his annoying personality and is aware he’s doing it. The prospect of going back to the pod, however, is so terrifying, even Robert can’t hide it behind his kooky smile and over-the-top attempts to seems cavalier about the whole thing.

Someone should tell Ricky about Robert and his shitty “Boooooooootox” jokes.

Seriously, I am loving this show. What did I miss, how do you feel about Tami’s drama, and will Robert survive another week in Clark County Jail? I look forward to your thoughts. Until next week, my 60 Day Friends, may all of your peanut butter cakes be crowdsourced drama-free.