Did I miss an episode? Episode 5 kicks off with Tami involved in a verbal altercation with someone named “Boston.” Who the hell is Boston?!? Meanwhile, Robert is off to solitary confinement because he was trying to cover some pod security cameras with towels. I feel like I missed the build-up to both of these exciting incidents. Pls. advise. (NVRMND. Caught up!)

But we’re here now, so let’s focus on the present and discuss our current obsession: 60 Days In.

Tami: Tami and Boston are arguing over GOD KNOWS WHAT (Seriously, I must have missed something) so Boston convenes a consortium with her five lady goons in an second floor cell while Tami panics and tries to get Misspelled Barbra on her side. Even though Barbra and Tami have figured out that the other one is also a fake inmate, Barbra is like, “Um, no. Not involved.” This ticked Tami off because she was the first to talk to Babar (typo and it stays forever) and “That’s a really big deal.” I feel like Tami got some misinformation about jail rules and this first-to-talk gesture. She keeps dropping her “big deal” first hello to Babar and no one cares. Meanwhile, everyone else in F-Pod thinks Tami needs to lighten up, which I kinda agree with. Even Tami’s wife is like, “Why do you care? These are jail people.” Tami, be cool!

Isaiah: Isaiah did exactly what I would do on Day 2 of being in jail and used the secret “get me out of here” code to the camera crew. “I miss good coffee. I SAID I MISS GOOD COFFEE.” But because he’s a 19-year old with sheer terror in his eyes, the producers talked him into staying. And then they got his mom to do the same thing. Isaiah also finally bathed, which I suspect he’s been terrified to do. He is starting to make friends tho, and has revealed to his buds that he doesn’t like pickles. Never show weakness, Isaiah.

Zac: Cool-as-a-popular-cucumber Zac is hauled off to court which makes no sense to anyone because Zac is a fake criminal and his fake story is an out-of-state warrant. Fake inmates wouldn’t have fake court anyway. But since the low-rung guards aren’t in-on “60 Days In”, they screwed up and made Zac shuffle to court in ankle chains. Luckily, a sane lawyer at the courthouse was like, “This isn’t my client” and Zac got to go back to Pod D with all his BFFs. While Zac was away, no one touched his stuff because he’s so cool.

Jeff: Oh man, Security Guard Jeff is the Pod C Bitch. Jeff is afraid to be on the top bunk because he is afraid of heights. Jeff signed up to go to JAIL because he wants to be a JAIL GUARD and he is AFRAID of his bunk bed. So Jeff loudly and openly traded $10 in commissary money with a lower bunk guy to switch bunks. Jeff likes to be close to the ground where it’s safe. Then Jeff saunters over to the commissary ordering computer, which I wish I had access to, and openly and publicly starts placing his order. I will not use an ATM machine without checking in every direction and twice behind, but this guy is like, “SO I HAVE $50 IN HONEY BUN MONEY. WHAT OH WHAT SHOULD I BUY?” And Thomas, the pod boss with the oddly distinguished name who loves, loves, loves Mistake Court Zac, comes over and is like, “Get me this, and some of this, and I’m going to need some beef jerky too.” Thomas starts pushing buttons, placing orders on Jeff’s commissary account – and Jeff does what we all would do in this situation and just takes it, terrified and knowing that it will only get worse.

Maryum: If Maryum mentions one more time that someone might recognize her as Mohammed Ali’s daughter, I will drive to the Clark County Jail tonight and be like, “Could any of you ever, under any circumstances, identify any of Mohamed Ali’s offspring? No? That’s what I thought.” It’s not like she’s a Kardashian. 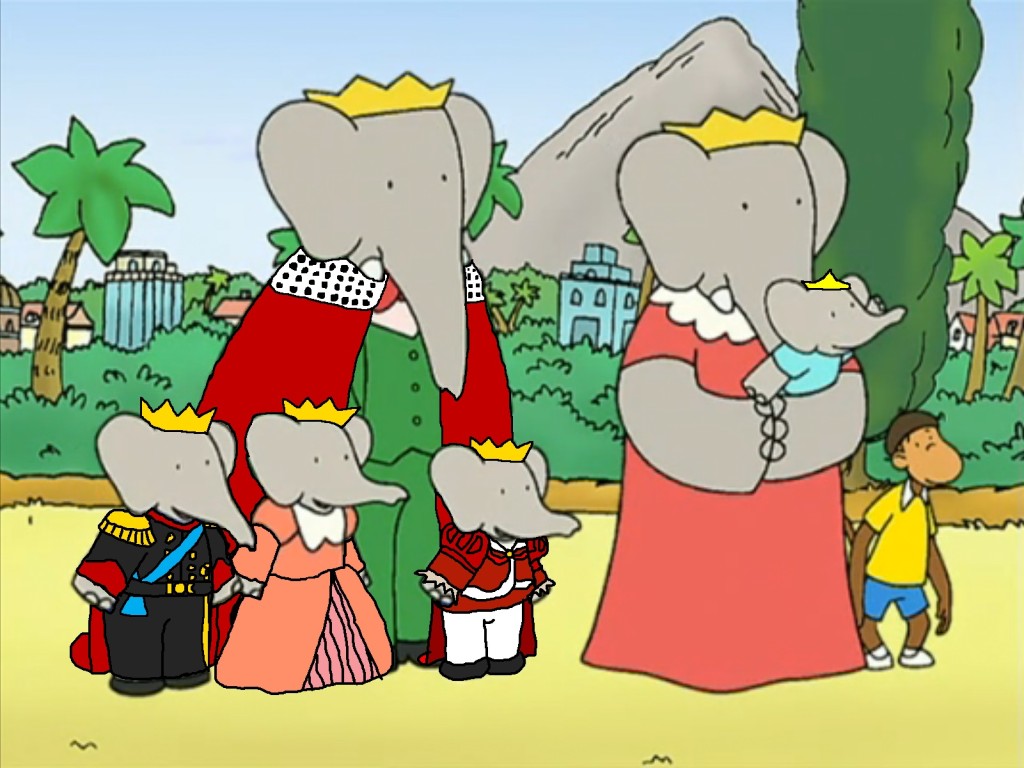 Military wife Babar and her family.

Babar: Barbar is the mascot of F-Pod because she has so much energy and likes to LOL in the middle of the night. Babar now goes by the wacky name “Tootsie.” It’s a really funny inside joke from jail, where Babar’s bunkies ask if they can rest their legs on Babar’s lap. “I’m really falling into the system,” brags Tootsie. Yay!

Robert: Bob is in solitary confinement for this towel thing I missed, and of course, he’s LOVING IT! “I ordered so much commissary because, on vacation? Treat yourself!” The other inmates call it The Hole, but Robert claims that solitary confinement is his meditation retreat. Bob is the worst – mainly because he said that when he’s at home, he eats a mostly raw diet. STFU. Bob is either performing for the cameras or he is mentally ill. Either way, he’s begging for a shiv in the neck.

C-Pod: There are so many people in C-Pod that half of them sleep in the main room without the assigned toilet or shower that people in actual cells get. This is my prison reform takeaway from Episode 5. Everyone should know where to go to the bathroom. There should not be bargaining or bullying involved in toilet use. Human rights, etc.

Someone in another female pod (the one that does NOT house Mohamed Ali’s daughter) tried to commit suicide by jumping from the second floor balcony. While her face is blurred, this inmate is shown receiving care while still on the bloody floor. This… was a bit much for me. But I guess this is real jail. There but for the grace of God go most of us.

How badly do you want to buy stuff from a jail commissary? I have the list (literally, in my hands) of the San Francisco Jail commissary and I want like, half of it. And why do so many people on 60 Days In have 2 liters of soda? Doesn’t that seem like a LOT, both to keep on hand and carry around? Because I know you care, here is the commissary list from Danbury Federal Prison, where Tre Guidice did her time. They have St. Ives – OF COURSE. That’s all I got. Your thoughts please! And until next time, my 60 day friends, may all of your commissary items remain in your possession.