It’s finally over, my 90 Day Friends. Well, kinda. There’s a “Tell All” reunion show, which Eve and I will both be writing about, and then there’s a Season 4 scheduled, provided our great country still allows K-I visas. What? Yep.

Also, if you’re not already, you need to follow @Brentholomew on Twitter for the funniest live-tweets of the show. I have literally laughed for 10-minutes straight at some of his observations. They’re inspired.

Alright, on with the finale. It was not my favorite.

Mark and Nikki: Mark kicks off Nikki’s 13th birthday with portion-controlled bites of steak and a small dinner with Elise and Nikki. The only sane person in Baltimore showed up with a present for Nikki, who at this point, has started to let the life diminish from her eyes. Nikki is losing her spark, and it’s painful to watch. Not as painful as it is to watch Mark’s descent into paranoid madness, but painful none the less. Nikki is finally allowed to remove the serial-killer-esque zip tie that has adorned her finger since their first date outside of the Mail Order Bride office in Cebu City. Mark finally gave her a ring! Eve claims the ring looks fake and values it at $25. I appraise it as >1 carat and $850. Either way, it’s a lot cheaper than the $2300 NYC wedding dress Nikki wanted with all of her heart.

The fourth guest at dinner was the dozen or so bottles of pastel-colored body lotion lining the kitchen counter.

Mark and Nikki head to foggy Hawaii for their wedding where Mark sticks a flower on Nikki’s head and sits her down for another discussion on how he doesn’t want to be nagged about a baby in 10 years when Nikki’s biological clock starts ticking. “It hurts me,” says Nikki. Mark forces a worried smile. 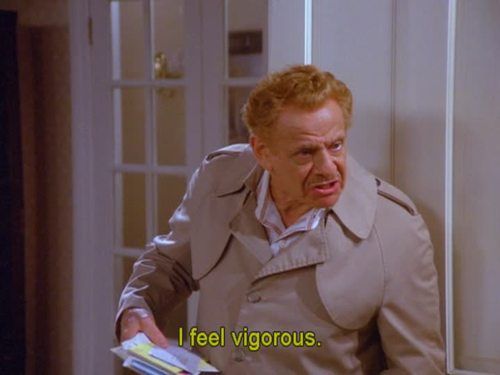 Mark on his wedding day.

On Nikki’s wedding day, her make-up artist also happens to be a mail-order bride and came to the United States on a K-1 visa. Nikki’s first question is to ask if she has kids. A sadness falls over her face, because she is a 20-year old girl who’s been told by her 58-year old owner that she can never have children. Were you thinking of kids when you were 20 years old? No, because you are normal. Meanwhile, Mark pops into a public restroom along a public beach to change into his Frank Constanza wedding ensemble. He then waits on a beach complaining about how Nikki is late. Eventually, Nikki shows up (probably right on time) and marries Mark while people who bought all-inclusive vacation packages towel-off their privates in the background. 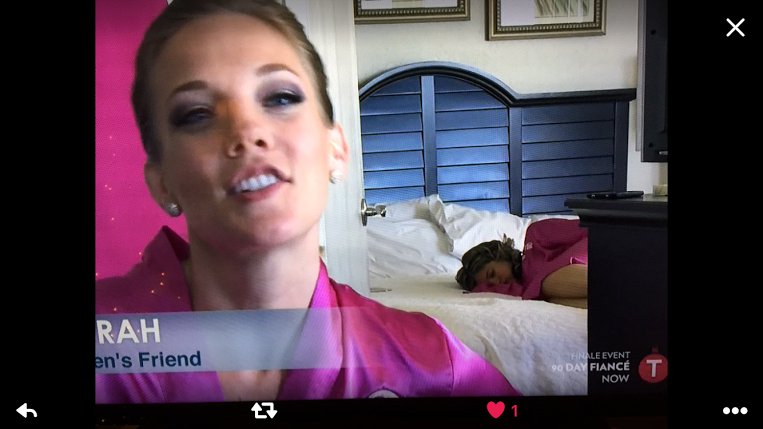 Alexei and Loren: Let’s just say what we’re all thinking: Loren’s wedding dress was a sartorial masterpiece. I loved, loved, loved it. I think her hairdresser probably would have loved it too if Loren didn’t snap at her about every twist and turn of her side-bun. Loren’s mom really stole the show by walking Loren down the aisle in a (presumably Michael Kors) black jumpsuit. OMG Mom, love it. All of the male guests at Loren’s wedding wore hot pink yarmulkes – naturally.

Loren’s wedding cake topper made me finally like her – a little. Come on, guys. That was cute.

Fernando and Carolina: Carolina really misses her family, but Mama Fernando steps up to the plate to offer Carolina something old, something new, something borrowed, and something blue by pulling out a pair of Victoria’s Secret panties and announcing that they are not used. Thanks Mama Fernando! Mama Fernando sat in the front row of the wedding clutching her dog and worrying about dirt in her bathroom. After the wedding, Mama Fernando has a moment of sincerity and vulnerability, looking into the camera to say that after much thought, she’s decided Carolina will indeed be a good wife for Fernando even though she’s lazy. TOUCHING MOMENT, MAMA FERNANDO! She also insists that Carolina and Fernando wait at least four years before getting divorced because she worked a lot on their backyard wedding.

Carolina’s family watched the wedding from a laptop on a chair while looking like they were being interrogated by Special Forces. Fernando’s best man Louis is married and suggests Fernando make a run for it. He doesn’t because obviously Carolina is a fucking gift from God to this family.

Melanie and Devar: Margarita Bev steadies herself to give Melanie a piece of her mind about Devar. After all, she has a bow stuck to the side of her head and weathered, blurry tattoos peaking out of her breasts. But when Devar begins to cry while saying his incredibly cheesy vows pulled directly from Pinterest, Margarita Bev softens and suddenly decides that Devar might be Jamaican, but he really does love Melanie.

Did someone die? Why was Melanie wearing a little black boutonniere on her wedding dress? Although her bridesmaid dresses were black, so maybe her colors were black and white? Ohhhh yes, Melanie’s wedding colors might have been challenging her sister’s racism head on. Also, why were they married in a ficus-filled old folks’ home? The real star of this wedding was Melanie’s son, Hunter. Say what you want about Devar, but his relationship with this impressive little kid is truly special. They have their own secret handshake! I’m choosing to be optimistic about this couple, because compared to Mark and Nikki, Melanie and Devar are the Duke and Duchess of Cambridge.

With that, folks, we’re done! Up next, our “Tell All” recap, which aired right after the finale and which involved Mark basically denying Nikki permission to legally own anything valued at over $13 US. We’re so happy you’ve joined us in watching this bananas season of 90 Day Fiance, and can’t wait to watch more basic cable crappy and ridiculous television together.

Until next time, my 90 Day Friends, may all of your commercial breaks be brief and all of your partners’ paperwork get approved.