The honeymoons are over before the marriages have taken place. We’re now knee-deep in the shit storm of the couple’s pre-marital months and 90 Day Fiancé is getting GOOOOOOD. Let’s commence with the observations:

Get your old man hands off my uterus! (TLC.com)

Nikki and Mark: Mark’s sister, niece and nephew are visiting from Colorado (and thus wearing Colorado t-shirts) and obviously Mark would like to introduce them all to Nikki. Unfortunately, Nikki’s Aunt Flo is visiting and she is in NO MOOD. Mark sets the table for six anyway (although only five people are invited to his meal of pancakes) in the hopes that Nikki will emerge from bed in her pajamas for a short appearance. Indeed Nikki DOES come downstairs to ask her standard question of, “What was your reaction when Mark told you about me?” God bless her, Mark’s niece Carrie seems to be the only one capable of social interaction. She is, after all, the one wearing her home state’s t-shirt in an obvious attempt to start conversations with any strangers she encounters. Carrie responds to Nikki’s questions with the surprisingly kind and honest answer of, “happiness and shock.”

Marrying a 19-year old from the maple syrup-less Philippines, giving her your ex-wife’s car, leasing pianos for private events – none of those things make Mark a fool. No, what would make Mark a fool is supporting his wife’s dreams. Got it.

Mark’s every word seems to come directly from the divorce books Nikki so carelessly rearranged. “There are ways to alleviate a lot of your issues and one of them is birth control,” claims Mark with caring eyebrows. This has nothing to do with the fact that he wants to have sex with a 19-year old but never have any more kids. Oh no, this is about making Nikki healthy and comfortable. As Mark explains while accusing Nikki of being moody and distance, “My songbird has stopped singing.”

Mark should give up the Baby Grand rental business and get into copywriting.

Loren and Alexei: Maybe Loren’s mentioned it before but it’s worth saying again, Alexei is “delicious.” Oh, is he ever delicious. Look at his six-pack, look at his chest, look at his underwear! Loren is convinced Alexei should be an underwear model, while Alexei repeatedly says, “Nope. Not interested.” Alexei says that perhaps he could be a fireman, so Loren compromises by saying that he could be in the Fireman Calendar of naked firemen who are hot. Against his will, she drags Alexei to meet with a modeling agent who makes Alexei lift his shirt and expose his chest like a rent boy in an Eastern European back alley. The agent is like, “You don’t seem that into this. And also, grow a beard and a man bun.” Loren responds that obviously, Alexei will grow whatever is necessary to achieve her dream of having her fiancé wear underwear in GQ Magazine. Alexei lowers his head, shaves his chest, and hides his tears over his grandma who died so some 27-year old with an extensive collection of “Return to Tiffany” jewelry could have good arm candy on a Florida beach. “Pop! Pop! Pop! V!”

Devar and Melanie: After the evil sisters head back to their homes with wall art from Home Goods*, Melanie and Devar sit down to discuss “their” finances. Last week, Devar proudly explained that he would be sending 90% of his income to his family in Jamaica. Devar is now backtracking and claiming that if his sisters ask for money in a pinch, he’d send them some cash. Melanie clarifies, “So if someone’s sick and can’t work? If they need an extra $200 one month?”

“I would give them the cash if I had it,” says Devar.

That’s the end of what is obviously an unclear conversation that will come to haunt both Melanie and Devar. $200 a month (even every month) is quite a different thing from 90% of anyone’s income. I find it hard to believe these two are on the same page here.

*No disrespect. I love Home Goods to the moon and back. 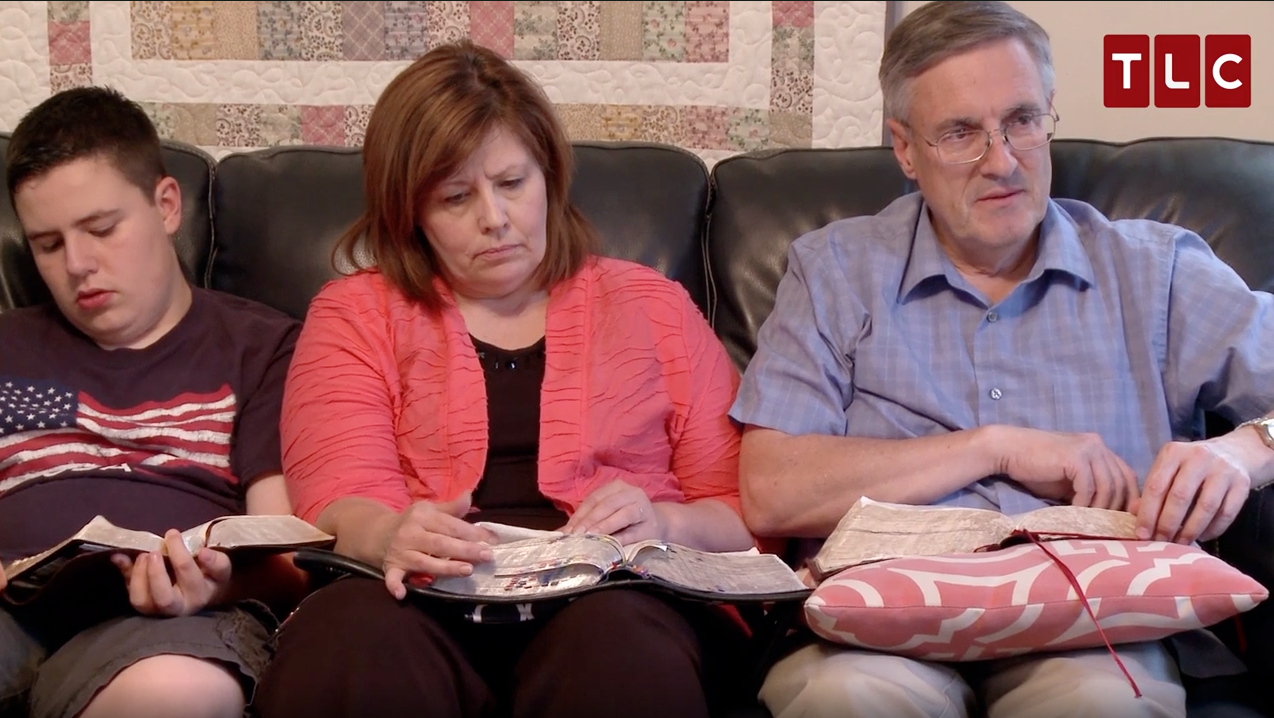 Josh and Aleksandra: We continue on with the world’s most awkward and forced relationship. Aleksandra is concerned that Josh’s evil robot dad doesn’t like her, so Josh invites Aleksandra to his family’s 6am morning Scripture reading. Aleksandra oversleeps because she is a human person, and she appears late to read from the Mormon text. Josh’s parents’ black shark eyes nervously dart back and forth, not knowing how to handle it when their son’s girlfriend is 4 minutes late to worship. After all, she is from a foreign country and has a tattoo. Maybe one of the detailed Jesus drawings on the wall will tell them what to do?

The sun rises in Rexburg, Ohio at 4am and Dirk is banging on the doors of each of his many human offerings to God. But when Aleksandra finally sits down with Josh’s parents and manages to return eye-contact without coming under their zombie spell, Dirk seems to warm to her sincerity. Josh’s mom, meanwhile, continues to focus on a spot on the wall so that she never fully absorbs the sheer elastic-waist hell of her life. 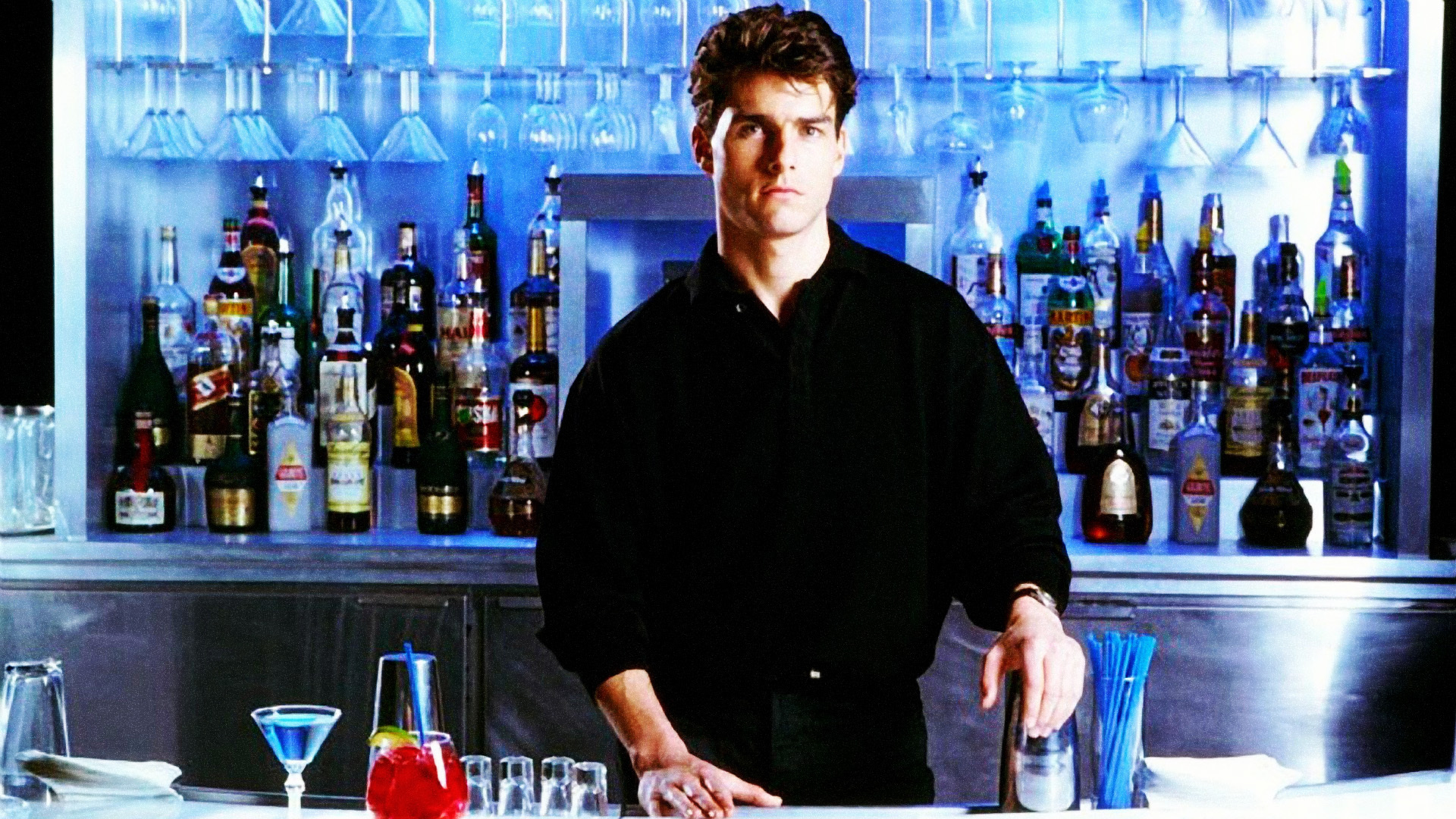 Kyle and Noon: Kyle manages to move so that he and Noon can live in a whole house without a roommate. Noon is in heaven! That is, until she visits Kyle while he slings Hurricanes at a Bourbon Street bar. Part of Kyle’s job is to flirt with desperate women who wear headbands around their forehead because they saw the Leonardo DiCaprio version of ‘The Great Gatsby’ and they are on vacation and why not! Noon bravely wanders the streets of New Orleans, taking selfies with little people and topless women. She swings by Kyle’s bar to find his impression of Tom Cruise in ‘Cocktail’, only in a name-tag and razor burn. Kyle seems to be under the impression that he is a Devar-type hospitality worker; a gorgeous man at a high-end establishment there to make wealthy women feel beautiful. From the looks of things, Kyle is instead a lime-slicer at a lesser Bennigan’s. Sexual innuendo is unnecessary. This is not “Coyote Ugly.”

Next week, Aleksandra’s parents visit and casually bring up polygamy, and Fernando’s magnificent mom tells Carolina that Colombians are “crazy.” I can not wait! Your thoughts in the comments, of course and until next time, may all of your commercial breaks be brief.