I’m here to watch 90 Day Fiance, TLC. I don’t need to see Theresa Caputo pretending to talk to people’s grandmas all night long. As I have decided last year that the Long Island Medium is a fraud, I did not appreciate her interrupting our viewing of 90DF and screwing up my DVR recording so now I need to watch this online with COMMERCIALS.

Anyway, let’s get to it because I know we all want to talk about Mohammed’s layer, Bigfoot Esquire. 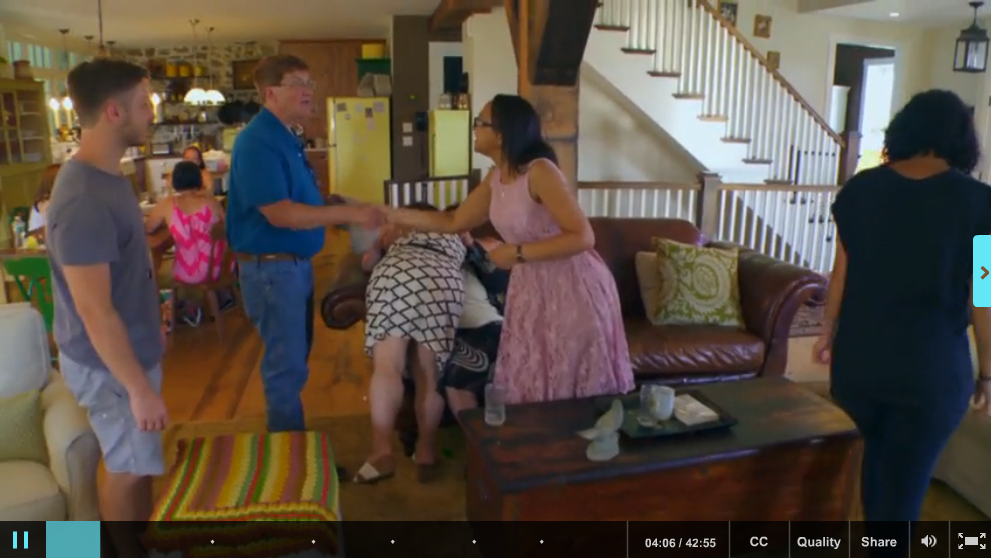 Amy and Danny: Once again, Amy and her family are the image of perfection and grace, and Danny’s father is a Hollywood villain from an 80s blockbuster. Danny’s dad greeted Amy’s sweet mother Lorna with, “And YOUR name is?” Contrary to his intentions, Danny’s father is making people from South Africa look like the pinnacle of class and education, while making Americans appear full of backwards, angry idiots. If America was ALL watching 90DF and took a vote, I bet the majority of us would agree that Danny’s dad needs to get kicked out of the United States and set to some country he would find really controversial and 3rd world, like Italy. “I don’t want to see none of yer nekkid statues, Da Vinci.” Danny’s father told the cameras that the night before the wedding wasn’t too late to call off a wedding, while his long-suffering wife smiled sadly at the hay-covered floor of the barn and silently hoped their plane home to Texas would crash in a swamp. Amy’s family took the high road, and had a healthy sense of humor about the old African tradition of dowries, which, as everyone except for Danny’s dad knows, was not just an African tradition. This rehearsal dinner discussion of cows for virgins pleased Kaptain Klan and by the end of dinner, everyone’s blackness seemed to be forgiven. Oh! Oh! But Danny’s dad will never treat Amy like family. That ain’t gonna happen. No sir.

Justin and Evelin: Justin took Evelin on a hot air balloon ride to convince her to stay in America and marry him, so Evelin took this opportunity to beg Justin to include his mother in the wedding. Justin said “okay” because, well, duh. This is a slightly-scripted reality show on television. Justin’s mother was thrilled by the news, and immediately proceeded to invite additional wedding guests. She also says “elope” really upsettingly, so clearly this speech issue runs in the family. 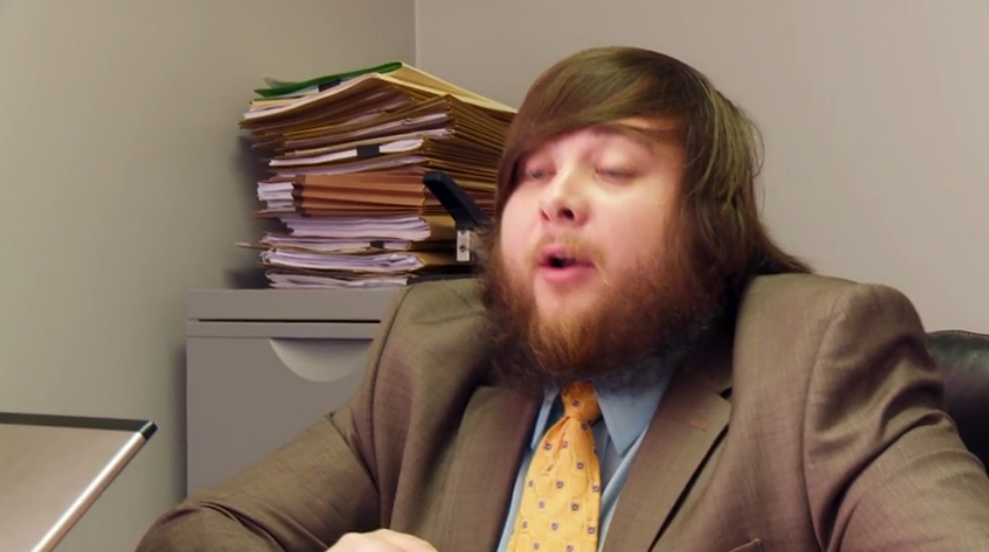 Mohammed and Danielle: OMG. Paul Dolce, attorney at law. Mohammed decided to put on his one t-shirt and one pair of Euro-jeans and walk on down to the ONE lawyer on Norwalk, Ohio, Paul “Bunyan” Dolce. Mohammed arrived at his office at 9:35am on what is to be his wedding day and asks the 12-year old secretary to speak with “Mr. Paul.” From the depths of the law office emerges what would appear to be a heavy-set, 25-year old dude in a suit, covered in head hair. I think I speak for us all when I say that this whole Mohammed and Paul Dolce exchange was deliciously unexpected. Apparently, Paul Dolce gives out free legal advice without an appointment, and Mohammed had a lot of questions about marrying Danielle, including how soon he gets his green card. He might as well have asked, “How soon can I leave her?” Always be honest with your lawyer, Mohammed. Mo’s main concern seemed to be taking on Danielle’s financial debts, which strikes me as a cop out. Are you in love or not, Mohammed? Because if you’re madly in love with Danielle, the money thing doesn’t matter. Me thinks it’s the sex he doesn’t want to have, not the bills he doesn’t want to pay. It’s not like Mohammed has a job anyway. He keeps harping on Danielle for being fiscally irresponsible. Um, Mohammed and his one leather jacket left Tunisia to marry a 41-year old mother of 4 he met on the internet. He can drop the wedding-day judgement. Meanwhile, Danielle is sitting on her giant, lonely bed sobbing because people have rescheduled their days to be here for her. I think this is supposed to be the wedding day, but I am very confused, as no one seems to be getting ready and Mohammed is kicking it with Paul Dolce. (I like saying “Paul Dolce.” It’s like gorgonzola dolce, which is delicious.) Mohammed eventually comes home to kick the cameras out of the bedroom (!!!) while confronting Danielle with the legal ramifications of marriage. Danielle promises to talk to him more about money issues, so Mohammed promises to marry her… in a couple of hours. How badly do you wish you could have attended that wedding?

Yamir and Chelsea: I can’t even with these two. No matter how sweetly Yamir explains how important his music is to him, or how many times her mom points out how much Yamir has given up, Chelsea just does not want to move 3 hours away to Chicago because it might be expensive. As if they don’t have toe rings in Chicago.

Brett and Daya: For reasons that make absolutely no sense, Brett and Daya want to move into their own place and away from Lou and T, the world’s best roommates/people. So quite easily and without any discussion on money, Brett and Daya move into a tacky apartment complex where they will fit right in. Daya is quite pleased because the apartment comes with a dishwasher… so Brett can do the dishes with ease! 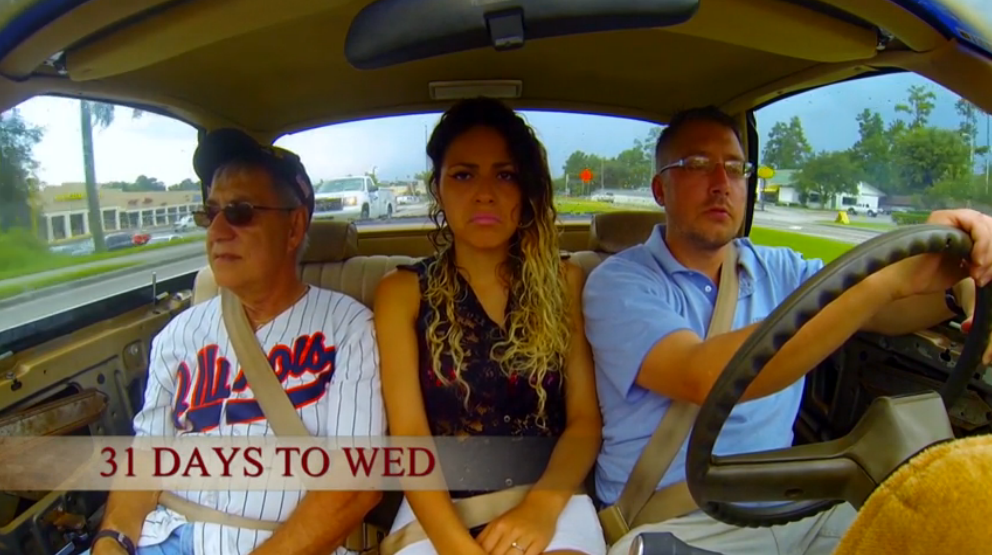 Jason and Cassia: It’s auction day for the three musketeers, and Cassia is sick of Jason working on his eBay career all the time. The auction actually looked really fun, because WHO DOESN’T LOVE A DEAL! But Cassia is just unhappy and missing her family, so she had a little meltdown in the parking lot. Jason needs to do a better job of making Cassia feel important, and Cassia needs to do a better job of having fun doing weird eBay activities with Jason.

Next week, the shit hits the fan all over 90DF, with a fight between Daya and Brett’s mom, and Mohammed and Danielle’s wedding?!?! What did I miss about this week’s episode? What did you love/hate? Keep the comments clean, and until next time, may all of your commercial breaks be brief!