The name of this week’s episode was “Mo Money, Mo Problems” which makes no sense because we have learned that no one on this show has a penny to their names. The show is getting better, the relationships are getting worse. Once again, this week’s episode of 90 Day Fiance totally delivered the shit show. Thanks TLC!

Let’s check-in with the couples:

Jason and Cassia: Now that we are all best friends with Cassia (since she IM’d me on Facebook), she suddenly seems much more reasonable, and it is her circumstances that seem ridiculous. On the way to buy a bikini (why?), Jason did the angry-sneeze mid-crosswalk and ended up spitting on Cassia. Viewers could see the sneeze, like a cartoon illustration of snot and saliva in a cloud over a bad neighborhood in Florida. Cassia complained about Jason working all the time, but really he left to go get one of his 734 precious dogs groomed, so Cassia took this opportunity to unearth Jason’s porn collection. Naturally, Jason treats his soft-core pornography magazines as investments, and was most concerned with Cassia “bending” his retirement plan. As Cassia expressed her concern with the naked lady magazines, Jason’s dad awkwardly stood 5 feet away Swiffering his recently refurbished floor. Oh, and Jason tried on sexy men’s bikini bottoms and I have no idea what was going on underneath there, but it would appear that Jason should see a doctor.

Mohammed and Danielle: First of all, Mohammed cooks for Danielle’s girls. I find this fascinating! What Tunisian treats is he cooking up for this open-minded family? And when I say open-minded, I am referring to Danielle’s sister Sarah, who along with her Duck Dynasty husband Paul, provides the only voices of reason in Danielle’s life. Sarah is openly waving her hands in the air, screaming, “This is a huge mistake! Danielle, stop! This is a bad idea!” Sarah looks directly into the camera and says this immediately after saying it to Danielle’s face. Sarah is a good sister. Danielle, meanwhile, has managed to keep her extreme financial troubles from Mohammed. I imagine this would be pretty easy to do, UNTIL THEIR CELL PHONES GET SHUT OFF. At this point, reality sinks in for Mohammed. His American girlfriend with the “acceptable” body, 4 children and animal cries doesn’t have any money, US currency or otherwise. You and I are probably saying, “Duh Mohammed.” But Mohammed seems genuinely surprised and pissed of. “Why you no tell me?” Uh, because you would find another impoverished desperate American to exploit. Obviously. Mohammed promises he won’t leave Danielle provided she can resolve all of their financial problems before his Visa expires. Good luck, Danielle. You’ve got a $400 food bill coming with that wedding that is totally going to happen OUTDOORS.

Justin and Evelin: Justin and Evelin met Justin’s tearful mom at Whispers in San Jose. I mention this because I have been there! Anyway, Justin’s mom is not so much worried that Justin is marrying a stranger from Colombia but more upset that his brother Jake has more questions. To please his mother, Justin makes a driving-range date with his brother. They knock around some golf balls with their indiscernible regional accents, Jake says “I wish you’d have said something sooner is all” and Justin says, “Yeah, I get it. I’m all about the kissing. Evelin and I want to have you and your evil wife over for dinner so Evelin can cook Colombian food.” That is probably going to go flawlessly! 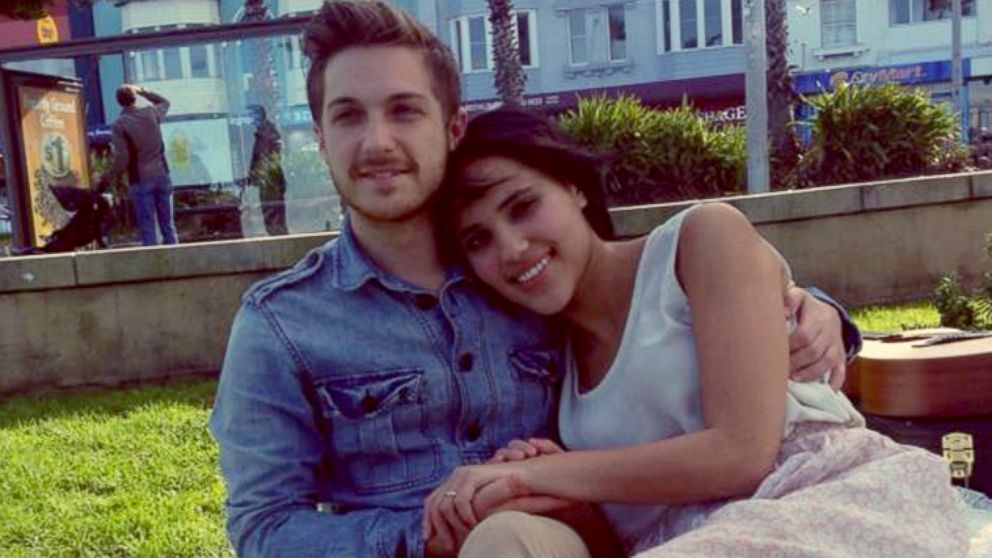 Danny and Amy: Because they can so rarely spend time alone, Danny decides to take Amy on an ice-skating date. For the date, Danny wears this shirt. Amy decides the end to their perfect date will be snuggling on the couch watching a movie (probably SuperBook) and then older brother Nick comes down to the TV room wearing his costume from the touring cast of “Newsies” and sits in-between the couples, like the villain in an 80s movie. Nick AGAIN reminds Danny and Amy not to have sex, and then leaves. The mood is ruined, so Danny goes to bed. Soon thereafter, however, Danny comes upon Amy putting together their wedding invitations while she sits in a field at dusk. Danny takes this opportunity to inform the inter-racial Amy that his father is a horrible, horrible racist. 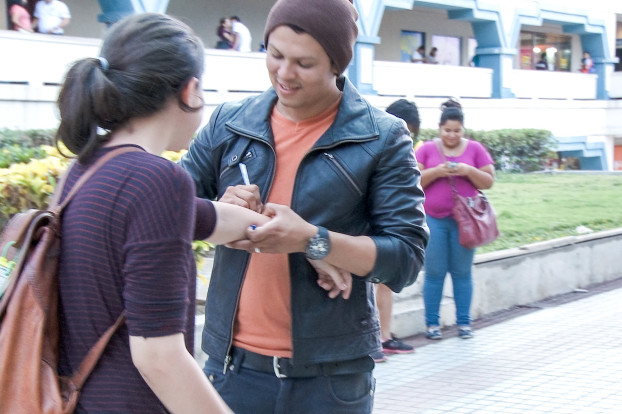 The Justin Timberlake of Nicaragua: TLC.com

Chelsea and Yamir: Chelsea and Yamir took a break from not looking for a job to go shopping for antique wedding rings. Chelsea choose a giant silver pearl number because it has “a story” but Yamir and his “pop-star, flashy” style wants a new ring, probably with colorful diamonds and sound effects. While at the antique store, Yamir tries on a woman’s fur coat to get ready for his first winter in the USA. According to Chelsea, until Yamir gets a green card, neither of them can work. Yep, totally makes sense. Yamir takes to his cell phone to check up on Myla Vox, and is appalled to discover that someone named “Eduardo” has taken his place in Nicaragua’s premiere boy band. With Chelsea’s encouragement, Yamir texts his lecherous manager Gabriel and impresses his surprise that Gabriel wasn’t willing to wait until Yamir got married, let him record all of his vocals from thousands of miles away, and fly back and forth from rural Illinois to Nicaragua for all of Myla Vox’s concerts. Gabriel responded at length, and basically told Yamir that he could go fuck himself. As an expert on international boy bands, I’m with Gabriel on this one. To be in Myla Vox, you need to be IN Myla Vox. If Myla Vox is really that big a deal, Chelsea can stay in Nicaragua, or the whole band needs to move to Miami anyway and try to make it in a country with running water. I like Yamir, and would prefer he and Amy elope to a friendly European country.

Brett and Daya: We took a break from Brett and Daya this week, but apparently next time on 90DF, Cassidy locks Daya out of the house. I CAN. NOT. WAIT.

Have you been checking out the Deleted Scenes on TLC’s website? I will begin to explore ASAP.

I have been loving your comments, and feel like we should all get together and be best friends in real life (with Cassia.) What did I miss? What did you love/hate? And until next time, may all of your commercial breaks be brief!