Once again, 90DF totally delivers. This week’s episode was a triumphant return to awkward bad decisions, ridiculous family reactions, and racism. I’ve already made you wait 2 days for this recap. Let’s not wait any longer: 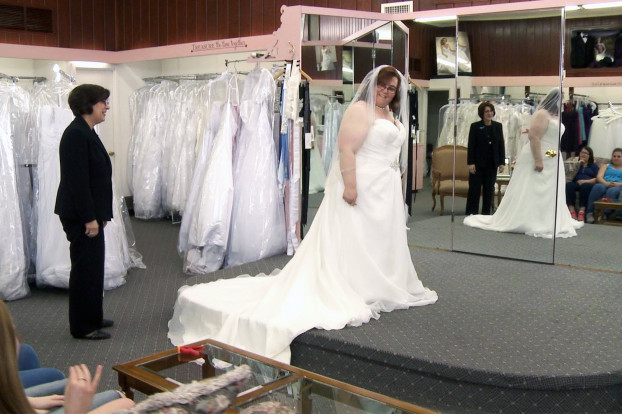 Danielle and Mohammed: Danielle and her daughters are off to select her wedding dress! With a $500 budget and some really shitty attitudes, the ladies begin their search for “an A-line” wedding gown. Danielle reveals that she has never picked out a wedding dress before. Does this mean that she had all of her many children out of wedlock? It doesn’t matter, I’m just nosey. Meanwhile, Mohammed decides to go explore Norwalk, Ohio by himself and just happens to stumble upon a game of football in the park, whereupon he is miraculously invited to play and join his new teammates for beer afterwards. Yes, Mohammed cannot engage in any sexual activity with Danielle because of he is a practicing Muslim, but he CAN drink beer. While kicking it with his bros, Mohammed is approached by some old cougar who starts relentlessly hitting on him. The whole thing, from the football game to the bar, seemed staged. How or why this was done is beyond me. Also, I do not care. Put Mohammed and Danielle in any situation and I will watch it. Mohammed was disgusted by the cougar’s advances, and is relived to head home to Danielle. I call bullshit on the whole scenario.

Amy and Danny: This couple’s storyline just gets worse and worse for me, as I am really getting to like Amy from South Africa. She is smart, normal, gorgeous, interesting, and could do way, way better than Danny and his family full of closeted homosexuals. Have you seen his brothers? It’s like the International Male catalog, all of whom are married to unsuspecting women delighted to be stuck with sassy, good-looking, groomed men. Danny’s giant family all travel in one large pack. This seems strange to Amy, because she isn’t aware that they’re all keeping one another on the straight and narrow, as it were. Amy is like, “Um, can we get some time alone?” So Danny takes her to his pastor and his wife, for some pre-marital counseling. Thank God for the pastor’s wife, who reminded Danny that Amy has given up EVERYTHING to live in Bumfuck, PA with the cast of “Kinky Boots.” Danny, meanwhile, is feeling too much pressure to be Amy’s friends, family, AND fiancé. Amy responds to this by shooting Danny the epic side-eye. Cape Town is a vacation destination! Amy is not coming from a hut along the Amazon. She don’t need this shit, Danny. 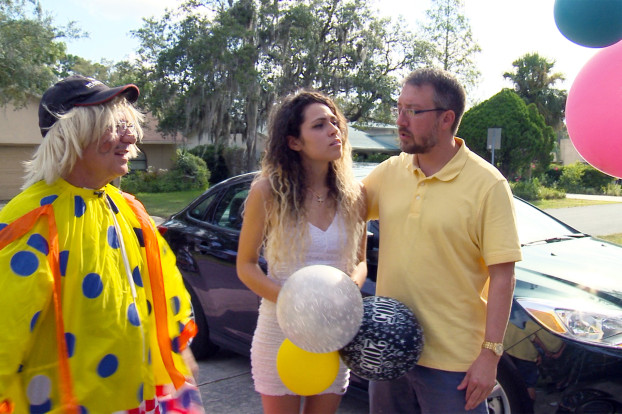 Jason and Cassia: Jason and his $15 potato chips fly to Brazil to meet Cassia at the airport in Rio. But will she show up?!?! Duh, of course she will. This is on television, for chrissakes. Cassia has the world’s worst ombre dye-job, and some dominant eye-liner artwork. Cassia completely sucks on the inside too. She finds Jason too chubby right now, and thinks his house is a dump. Which, admittedly, it is. Jason’s father/roommate is under the impression that Cassia hates clowns, so he dresses as a giant clown to welcome her into his home. Cassia accepted this unnecessarily rude challenge, and raised him by complaining about the recently re-furbished floor. Jason and Dad’s house features a slime-green swimming pool and a filthy bedroom, neither of which anyone made any effort at improving before Cassia’s arrival. Still, her permanent bitch-face isn’t really worthy of much more. She and Jason head off to a cheap buffet, where Jason breaks into an Steven Wright-esque comedy routine about “starting my diet tomorrow.” Cassia bitch-faced it.

Brett and Daya: Brett and his mom take a little time out to discuss how much Daya sucks and both agree that Daya’s assumption that her engagement ring is faux is a big red flag. Brett still manages to justify entertaining a trip to a jeweler, but we can all tell that Brett is genuinely hurt. This is when I went from disliking Daya to outright plotting her downfall. Of course, the jeweler says the diamond is real. Now Daya wants one without a “black spot.” Alright, whatever Daya. You’re heading back to Manila in 3, 2…

Chelsea and Yamir: Chelsea and Yamir are greeted at the airport by Chelsea’s parents, who greet Yamir in Spanish with huge hugs. Great! Chelsea’s parents are cool! Then Chelsea’s mom suggests that Yamir might want to go work at the meatpacking plant because they hire a lot of Latinios. Please ignore my previous statement about Chelsea’s parents being cool. Here’s the thing that’s weirdest; Chelsea is okay with her mom’s suggestion. I’d have pegged Chelsea to don her best poncho and start protesting up and down the driveway with some sort of tribal drumming and kale chips. But no, that whole meatpacking plant suggestion made perfect sense to Chelsea. It’s not like Yamir is the “Justin Timberlake of Nicaragua” or anything. OH WAIT HE TOTALLY IS. I get why Chelsea and Yamir want to live in America, what with the running water and fireplaces we have here, but why do they have to live in rural Illinois? Wouldn’t they both be happier in a bigger, more diverse city with musical options beyond open mic at a pizza parlor?

Justin and Evelin: We didn’t visit with them at all this week. Then again, America needed a break from Jen.

Apparently, next week Danielle reveals some big secret to Mohammed and he SHITS. I suspect the secret might have something to do with Danielle’s lack of financial resources. Could someone have misrepresented themselves on the internet?! I can’t wait to find out. Until next time, my 90 Day Friends, may all your commercial breaks be brief.