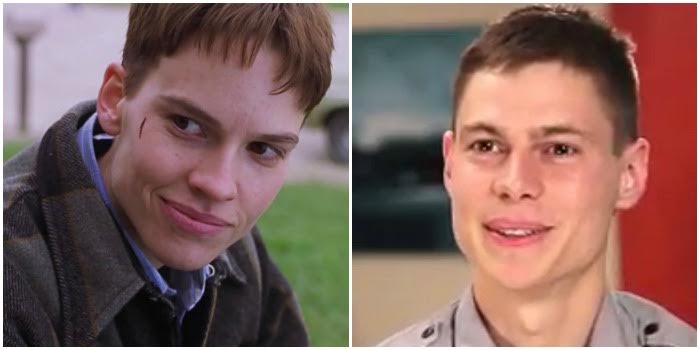 In other news, this.

Episode 2 of Season 3 introduces us to one more duo, bringing our gawking to 5 total betrothed couples. We’re still waiting on high-drama couple #6. Perhaps next week their fiancé visa will get approved, or maybe they’ll take a page from Loren’s playbook and force everyone to visit Toronto.

Loren and Alexei: First of all, if you’ve been wondering why Alexei walks and talks like a mail-order groom from Russia instead of Israel, the answer is because he was born in the Ukraine and moved to Israel when he was 10. FUN FACT! After an exhausted Alexei lands in Toronto, he is rushed from the airport to immediately meet Loren’s parents, with whom he will be living in Florida. The only thing worse than living in Florida is living with someone’s parents. Alexei reveals to Loren that this plan “sucks” and she is shocked that he has a problem with it. Loren can not afford to fund his American lifestyle as 90 Day Visa people aren’t allowed to work. Trade offs, Alexei. Trade offs. Anyway, the meeting with the parents went fine. Loren’s dad lobbed a few tough questions, but everyone was nice and normal. Zzzzzzzzzz. I can’t seem to get that excited one way or another about this couple, other than to see how flat-ironed Loren can get her hair while still keeping it so shiny.

Mark and Nikki: Nikki finally arrives in America from the Philippines and immediately gets herself in trouble by touching the interior of Mark’s car windows. (Welcome to America, get your grubby hands off of my pristine windows.) If Mark is so anal about cleanliness, why doesn’t he do a better job of organizing his bookshelves? Anyway, Mark takes a TONE with Nikki from the get-go and insists that by touching the windows, she is “messing with Mark’s happiness.” Not touching the windows is a hard and steadfast rule for Mark, who implemented this with his children, of which Nikki is the youngest. When Nikki is told not to touch the windows and gets a lecture, she responds by slapping her palm on the glass. NIKKI FOR PRESIDENT! If this much “trouble” occurs on the inaugural ride from the airport, we are in for one hell of a 90DF season.

Nikki really likes Mark’s waterfront Baltimore home, where she gets her own room that she doesn’t want. Nikki would much rather sleep with Mark on his Zebra sheets next to his land line. Being intimate with Mark is apparently, “very beautiful. It’s always perfect.” Too bad Mark still has a framed picture of that ex-wife he’s constantly disparaging. Mark raised his kids in this home, and I really do think it’s great that he had a picture of their mom on display. However, Mark’s kids are grown up and long gone, for the most part, and snuggly couples photos of Mark and the ex-wife aren’t appropriate – especially to the new 19-year old wife.

Kyle and Noon: Kyle is a bartender on Bourbon Street in New Orleans and met Noon while “researching” Thailand on “social media.” Kyle lives in a bachelor pad with his best friend-roommate, Bryan and neither one of them give a shit about the cockroaches everywhere. Their New Orleans home is shot-gun style, meaning that the two roommates need to walk through each other’s bedrooms to get anywhere. Bryan likes to walk around while wearing nothing but a military hat, and the two had a meeting of the minds when it comes to planning what happens when Kyle needs to go to “Pound Town.” That is Kyle’s euphemism for sexual intercourse and reveals two things: 1. anyone who calls sex “Pound Town” is not ready to get married, and 2. Don’t these free-wheeling bachelors already have a plan for such a situation? They are best friends, and based upon the condition of their pied-à-terre, it looks like they’ve been living together for awhile. Yet Noon’s arrival is the first thing to prompt them to plan knocking etiquette during a potential assignation. Noon’s name isn’t really Noon, but that’s what she and Kyle have apparently agreed to because her real name is way too complicated.

Noon seems WAY too good for Kyle who cries a lot, probably because he finally gets to visit Pound Town. 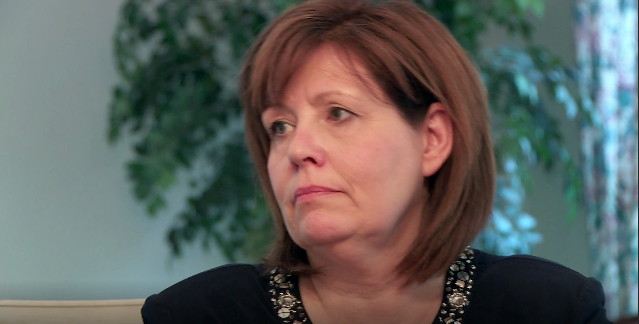 Why are you doing this to me, God? (TLC.com)

Josh and Aleksandra: This episode was the first one my boyfriend watched with me and when Josh came on the television, I had to pause it and say, “Josh is gay. You don’t need to point it out to me 100 times. I know. Josh is clearly gay.” So then I started the Josh-Aleksandra segment and my BF can’t shut up about how, OMG, why is this gay man marrying a woman? I’ve already come to accept this, as Josh is super-Mormon and is under a lot of pressure to conform. The real scandal here is Josh’s zombie parents who take resting bitch-face to a whole new level. Aleksandra, to her immense credit, confides in Josh that his dad (Dirk!) terrifies her. At least Dirk talks. Josh’s mom just stares at the floor and counts the people she knows who are going to hell. Aleksandra is staying with Josh’s perky grandma, who just happens to live next door and is miraculously, never home. Grandma is warm, sweet, and very open about her 11pm curfew, which seems pretty reasonable. Josh takes Aleksandra on a date and instructs her that she’ll need to dress up. So the two of them, in a green lace dress and green necktie, head to lunch at Cap’n Scully’s Shrimp Hut (I made that up, but I’m petty sure neither ties nor socks were required.) Josh ordered them both ice water.

Melanie and Devar: Some of you have commented that you’re not wild about the Melanie and Devar union, but I feel very supportive of these two! Devar is fun, comes from a great family, and is pretty damn good with Melanie’s son Hunter who seems like a truly fantastic kid. Melanie seems smart, direct, and low-maintenance. Yes, she is a single mom about to marry a man five years her junior and without running hot water whom she met while getting drunk on a beach in Jamaica. In the twists and turns of life, we have ups and we have downs, we make great choices and we make stupid choices. Melanie is taking care of her kid while also taking care of her happiness. I still predict Devar will be back on that beach in a few years but it will not be the end of the world, because nothing is the end of the world. A few things about this couple hit home for me, so perhaps I’m suspending my usual snarky judgement until they do something I really disagree with (like talk about their wedding colors. Barf), but until then – I support you, Melanie and Devar! Let us know where you’re registered.

Mark’s sister did not make an appearance in this episode. Maybe next week! Until next time 90 Day Friends, may all of your commercial breaks be brief.