We had such a great time getting sucked in to “90 Day Fiance” that I’ve been looking for another ridiculous reality show. I tried out “Mob Wives” and just couldn’t get myself invested. Please don’t break my kneecaps. Instead, I found “Secret Princes“, a 2012 TLC show (of COURSE) in which “actual princes” go undercover as poor, commoners in Atlanta so they can find women that aren’t after their title. So far, I’ve watched the first 2 episodes of Season One (there are Two Seasons) on Netflix on Demand.

The four princes, none of whom are actual princes, are: 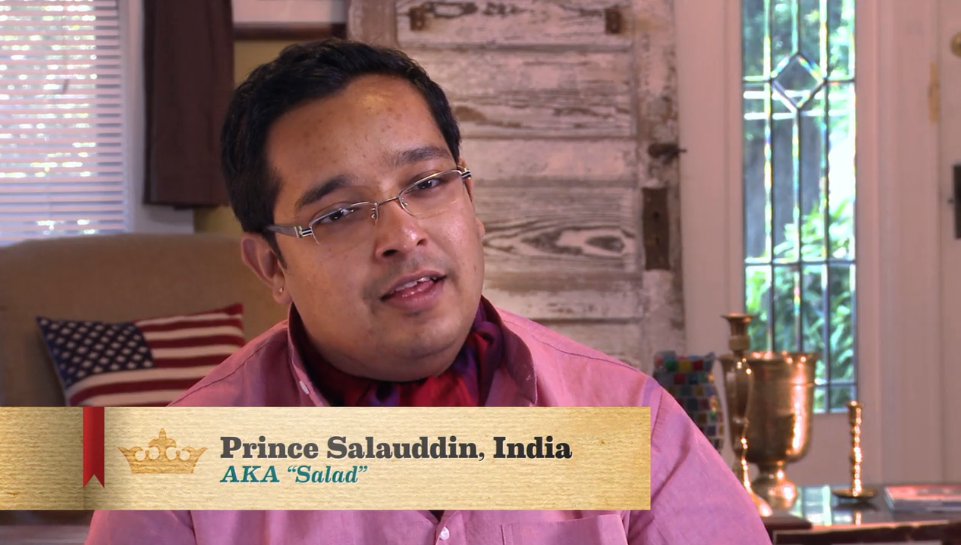 In an ascot, naturally. (Screenshot of TLC’s “Secret Princes.”)

Salad: Seriously. His name is Salad. Salauddin Babi of Balasinor is an Indian prince, but apparently there are tons of Indian princes. Each of the show’s “princes” got to pick his own American name. Salad chose “Sal.” Obviously, I will continue to call Salad his preferred nickname of SALAD. Salad is a nerd sent directly from central casting, and he and his jacked grill desperately want to meet a wife. Any wife. At all. Salad is socially awkward and throws tantrums, and oddly insists on having his own bathroom in the “Princes'” “rundown” house in Atlanta. I can only imagine the scatological reasons Salad is so uptight about the bathroom situation. Two episodes in, Salad’s only success with the opposite sex has been forcing the very out-of-his-league Camillie into a date AT THE ZOO. “We will go to the zoo, yes?” 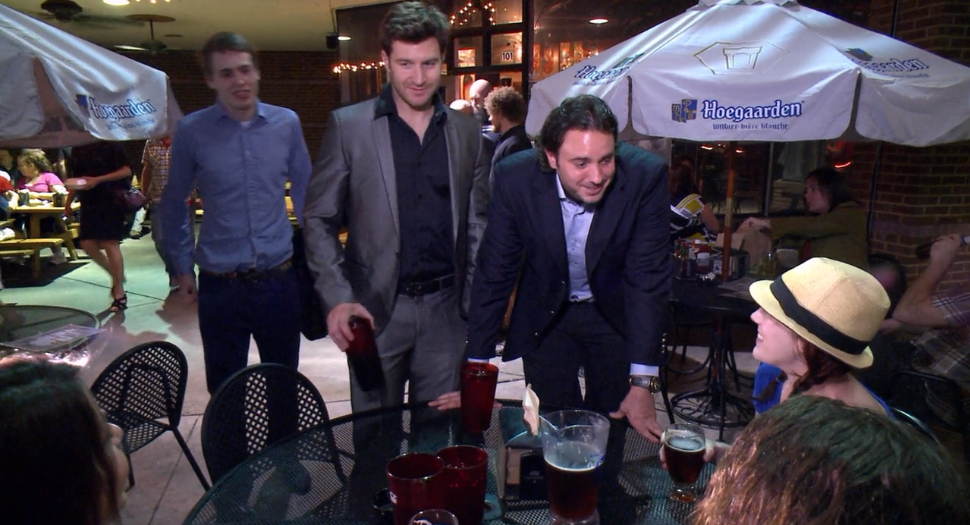 Don’t hate the player. Cisco knows how to approach the ladies. (Screenshot from TLC’s “Secret Princes”)

Francisco: Don Francisco de Borbon y von Hardenberg of Spain is apparently a direct descendant of Louis XIV and was educated in America. He is 33 and by far, the most attractive and normal of the “princes.” Choosing “Cisco” as his American name, FRANK has a very subtle Andy Garcia (SWOON) accent, and standard social skills. Like all of the other princes, he overstates his family’s wealth, but I would definitely hit it. As of episode 2, he is fighting with Salad over Camilla, which is no contest. I mean NONE.

Ludovic: The Hon, Ludovic Watson is the younger son of the 4th Baron Manton, which according to this website, means he is NOTHING. I am very jealous of Europe’s willingness to give people titles because I’m pretty sure one of my social climbing ancestors would have been all over that shit, and I’d be Lady Beth, the aristocratic blogger. Ludo chose “Waldo” as his American name, because it’s his middle name and he is 23 and scared of everything. Ludo looks like an uglier Prince William, and wants an American girls because we’re so low maintenance, especially in the South. Salad and Ludo are the two “underdog” princes and I’m obviously rooting for them because I suspect both are virgins. America will not provide either with wives, I am pretty sure. But we can at least get them laid.

The hat says it all. (Screenshot of TLC’s “Secret Princes”)

Lord Rob: Lord Rob is the worst. If Ed Hardy could design a Lord, it would be Lord Rob. He chose “Tate” as his American name. Lord Rob is an underwear model in England and not a real Lord. According to the Royal Musings blog, which is royally awesome, “Lord Robert would mean one of two things: younger son of a duke or younger son of a marquess. He is neither. He has inherited a Lordship of a Manor. Lords of the Manor are feudal titles, but are not peerages.” SNAP. Lord Rob is very confident with both the ladies, and tank tops, but clearly not tanning. He might be a bullshit Lord, but I assure you that he is King of the Douchebags. OMG, look at his website.

Developing a fake background proved difficult for the princes. At first, inspired by “The Office” they decided to tell women they worked for a paper company. This went fine until someone actually wanted to order some paper. Now they’re telling people that they’re part of a Canadian reality show. Honestly, it doesn’t matter. Secret Princes features he components I look for in my bullshit reality shows. (Non-bullshit reality shows include The Real Housewives Franchise, because that is art.) Secret Princes offers awkward moments, someone to hate, someone to like, snobbery, false pride, weird Europeans, and dating. I’ll commit to Episode 3. Anyone else? 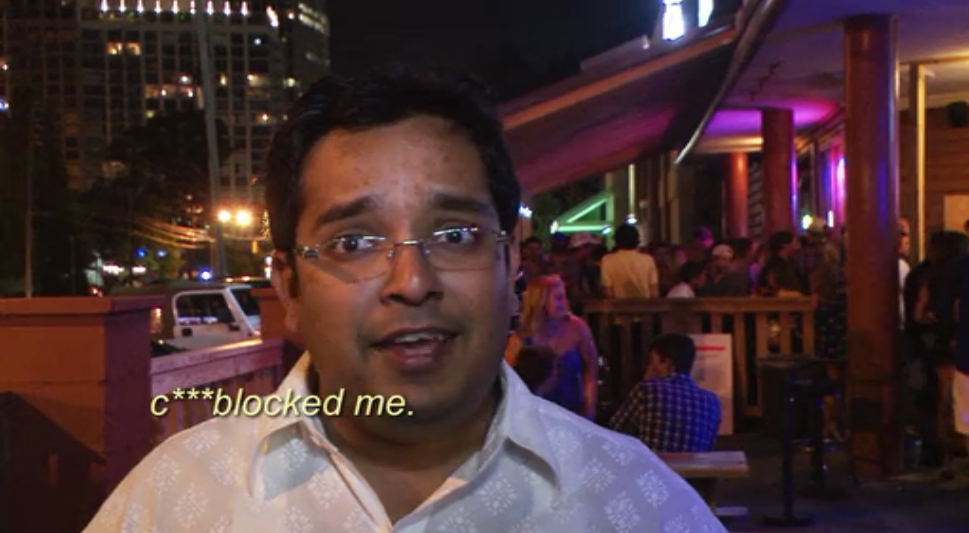 Oh Salad. No one was interested in your c*** in the first place. (Screenshot from TLC’s “Secret Princes”)