“We can’t get in the house. They’re getting inside of the house, in the shower.”

Is this a line from a horror movie? No. It’s Texas, where caterpillars have taken over a town called Liberty. Texans are always so sure God is on their side, and this may be a clue that no. God is not.

While the caterpillar infestation is hurting the local trees, apparently it’s NBD and the caterpillars will go away on their own after a harsh winter. Does this mean Liberty, Texas is stuck with these creepy creatures until next year? Based upon the way they vote, I certainly hope so. 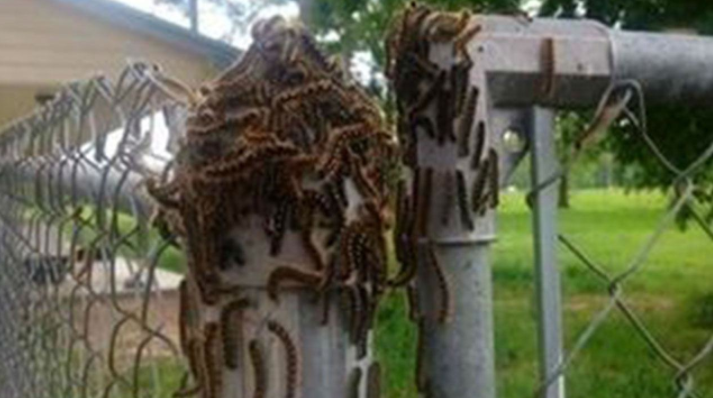 This is what happens when you think Barack Obama was born in Kenya. (photo: Dayton News)

You can learn all about Tent Caterpillars here. How the townspeople have yet to burn and cleanse the city is beyond me.

Oh wait. They have, in the final step before becoming serial killers:

Read more at the Cleveland Advocate and ABC News.