NBC News has an article about South African legless Olympian Oscar Pistorious, who is on trial for allegedly killing his girlfriend, Reeva Steenkamp. Oscar claims he thought there was a burglar in the bathroom (instead of Reeva peeing) so he shot bullets through the door. The prosecution claims Oscar and his girlfriend were in a fight, and he killed her due to his existing rage issues. 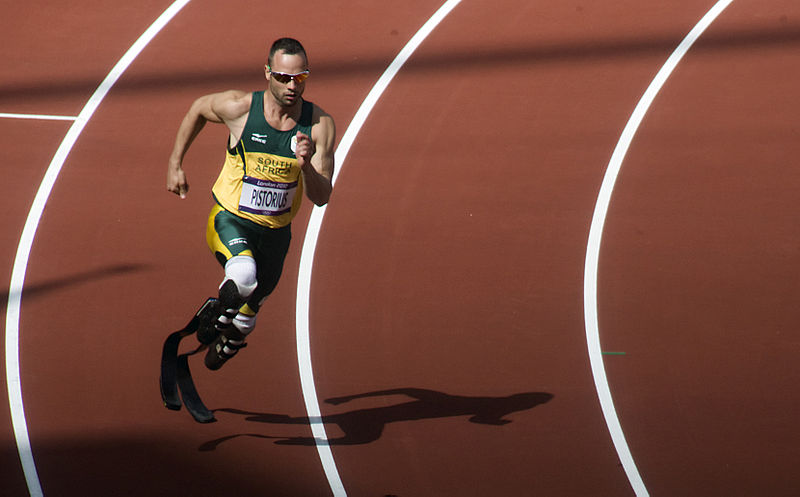 Currently, the prosecution is claiming that if someone gets up in the middle of the night to pee, they don’t put on daytime clothes. Reeva was wearing her regular clothing and thus, they must have been awake and in a big fight. Also, the neighbors claim they heard lots of screaming. The article goes on to state, “…the trajectory and grouping of the shots fired ‘indicate a direct intention to kill’ — although they also support Oscar’s contention that he was not wearing his prosthetics when he went to the bathroom door.”

Hold on. He was not wearing his prosthetics? How’d he get to the bathroom with a gun. To quote my co-SND editor Eve Batey, “So, what, was he dragging himself along the floor with his gun? I really can’t believe he could balance on those little stumps, right?”

I figured I should feign offense that Eve called them “stumps” but apparently, that is the socially acceptable term for… stumps. Even NBC uses it.

I am inclined to think he killed her on purpose, until you factor in the fact that he didn’t have his prosthetics on, which would make killing someone way more difficult (not that I have any experience with this.) Pistorious had a temper, he was angry Reeva was friendly with an ex-boyfriend, he’s the kind of guy who admits to shooting before looking… I’d vote him guilty. But how did he do it on the stumps?

What do you think?