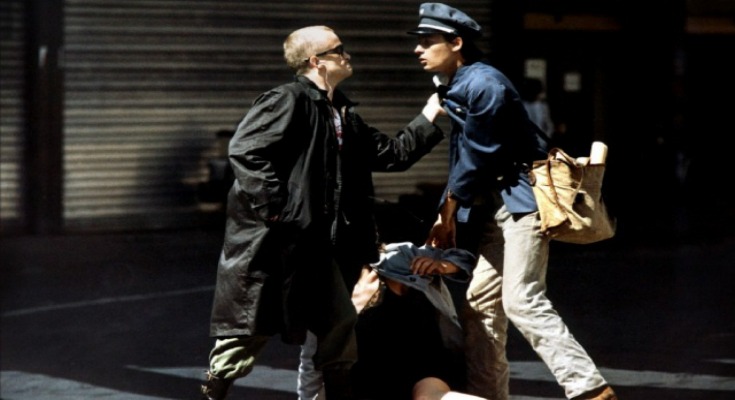 Oh, how I wish we were talking about the 1981 French film that the above is a still from. But we’re not.

Hey, do you remember when “Diva” just meant an opera singer (or that super-sexy French film)? Those days were nice, weren’t they? Sure, none of us had cell phones or knew that Bill Cosby was an alleged rapist or that you shouldn’t eat bread (I still debate the last one), but we were happy.

But those days are over. “Diva,” long struggling, is now done. And Red Robin killed it.

I realized this when I saw an innocuous little item from our local ABC affiliate. Here’s the headline: “RED ROBIN UNVEILS NEW MILKSHAKE CONCOCTION FEATURING RED WINE.” Obviously, I clicked.

Now here is where you might expect me to be Cougartown slash Oprah coyly naughty about my love for wine, saying something about how wonderful it is and it’s my “mommy juice” or whatever I need to deal with the stresses of my day. But, you guys, I’m not Alicia Florrick. I don’t care about wine. I’ll drink it if you hand me some but I’m a Philistine — if you gave me a Tab or a pelligrino or an Anchor Steam, I’d drink that, too.

No, I clicked through because clearly Red Robin, a restaurant I always considered the far far lesser version of a Ruby Tuesday or Applebees, is clearly trying some sort of marketing wizardy. Exhibit A: their dubiously-considered sponsorship of last season of Project Runway.

So how do they follow up on that “honor” (that they paid handsomely for, we can only assume)? With the “Divalicious Red Wine Shake,” which is “a daring dairy blend of Little Black Dress Divalicious red wine (a blend of no less than half a dozen red varietals that retails for about $9 a bottle), vodka, raspberry purée and vanilla soft serve, topped with whipped cream and a drizzle of raspberry syrup,” quoth the NY Post, which describes it as “sweet at the start, then a surprising blast of hard alcohol, followed by an assault of supersweetness and ending on something vaguely resembling red wine.”

Oh, and did I mention that it comes with “a dainty little black dress charm“? Well, it does.

I’ll leave it to you all to debate the grossness level of this drink, as I’m unlikely to ever try it. But I do want to speculate on the consumer Red Robin, a restaurant advertising a free ticket to the latest Hobbit movie on its website at publication time, seems to be targeting with this drink.

Honestly, I don’t know. But there’s something about the combined use of “Diva,” the mix of wine, hard booze, and ice cream, and that fucking “charm” that covers this is such a slime of post-Sex-And-The City “ladies be naughty!” condescension that I never want to say “Diva” again.

It was a long terrible fall for “Diva,” from “WWE Total Divas” to the Diva Cup (it’s not a horse race!) to how it seems like every woman on Jerry Springer waiting to hear who her child’s father is a self-described one. But this milkshake was the final blow. It’s done for diva.

So, from now on, you guys, the 1981 classic will be known as “The French Film.” Diva is soiled beyond recovery by booze and shitty soft-serve and unlimited basket of fry grease. Better to put it out of its misery.