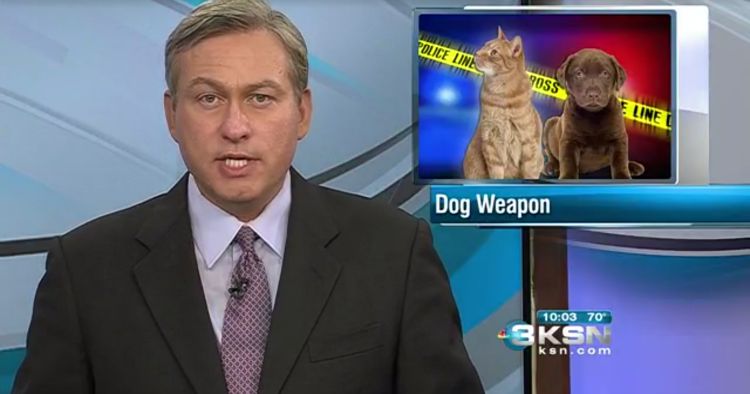 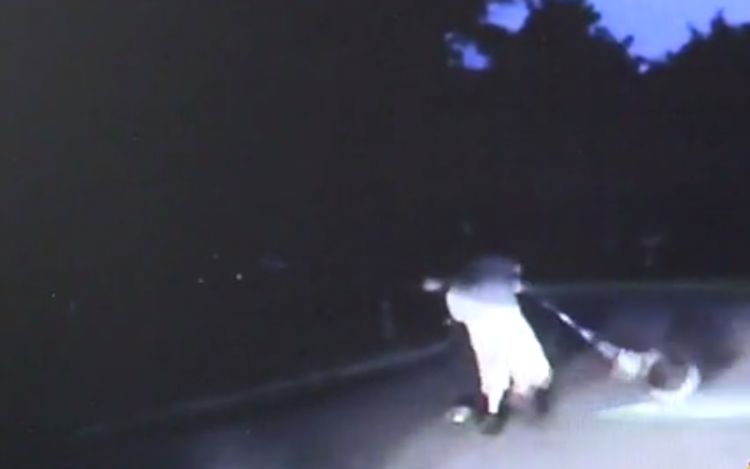 According to KSN, the 26-year-old Rush was walking the dog/weapon “through people’s backyards” when one of them decided to call the cops.

When the police officer arrived, Rush swung the pup into the cop like it was a little, fluffy mace. The police officer was uninjured, and the dog is fine and is now in “protective custody.” Rush ended up tased and arrested. You can watch the whole altercation, including the WHEEEEEE moment with the dog, here. (I can’t lie — even though I am a MASSIVE dog lover, every time I watched the part where the dog flew through the air I snickered! Does that make me a crap human? It does, doesn’t it?)

My favorite part (besides the Dumbo Ride dog) is the quote from Park City Police Department Chief Phil Bostain, who said “I’ve seen people try to use a dog and sick it on someone as a weapon, but I’ve never seen someone pick up a dog and swing it through the air to use it as a weapon before, that’s a first.”

No, wait, my favorite part is actually KSM’s little icon and caption for their report. Let’s enhance:

What do I love more, the caption of “Dog Weapon” or how the cat appears to be looking reproachfully at the anchor? I can’t decide! I just know that “Dog Weapon” will be the name of my new band.