Brace yourselves, food fans. Pizza Hut is testing out an interactive dining table that lets you place your order on a table-size touchscreen. It’s like a giant magical iPad and my first thought is that I want this as my dining table. In my house. 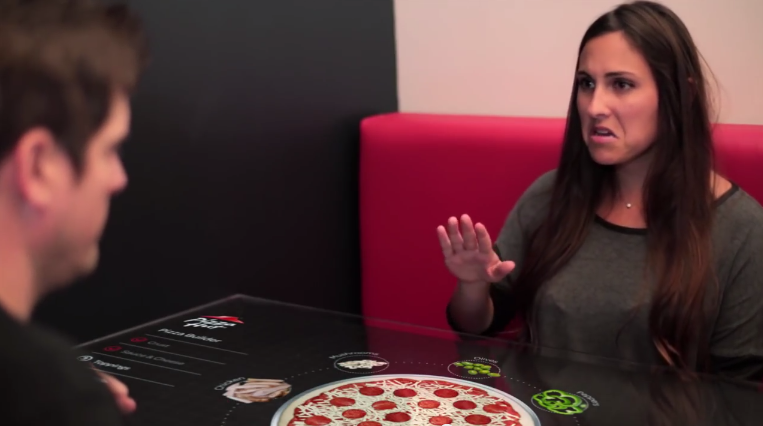 According to TechCrunch (and FoodBeast and your fat cousin), the world’s best table was designed by the development people at Chaotic Moon, and they’re testing out prototypes at popular Pizza Hut locations.

Pizza Hut even posted a YouTube to make you so hungry and excited. At first, I thought I didn’t need to watch the video. OMG WATCH THE VIDEO. The broad makes him get a smaller pizza with fucking vegetables, and you can select everything, including crust type, cheese, toppings, and sides, without reading anything ever. It’s all visual, like we’re hungry, hungry babies:

I called Pizza Hut on Mission Street in San Francisco to inquire, and the very patient man who answered the phone had no idea what I was talking about. Patient man informed me, however, that his Pizza Hut was a franchise and maybe other Pizza Huts in other places would have the world’s best table.

No word yet on French Laundry plans to implement similar technology, but here’s hoping!