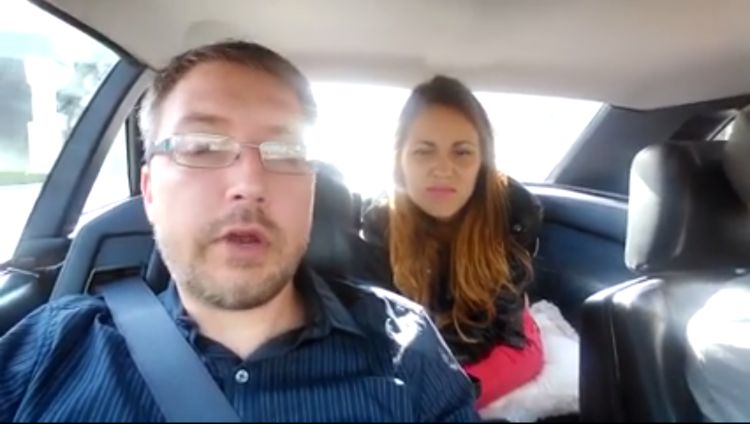 As you certainly know by now, 90 Day Fiance is one of Beth and my favorite things, outranked only by our respective partners and certain kinds of cookies. But just because we’re going to meet a whole new cast of “love”lorn wackos in Season three (air date TBD, they were apparently still casting as of December) doesn’t mean we’ve stopped caring about some of our past faves, like OUR CLOSE PERSONAL FRIEND Cassia and her husband Jason…and boy oh boy, those kids have been busy.

You remember Jason and Cassia — the vaguely Tom Greenish Jason runs an eBay business with his dad, while Brazilian-born Cassia bills herself as a “Gemini. Journalist. Thinker.” on her Twitter profile. (Hey, I’m all those things too! Well, not the thinker part.)

One thing Jason can add to his bio is “unabashed hair-plug recipient,” as you can see from this (not for the faint-hearted) video posted to Facebook last month. (We just saw it now, due to some blocking drama we’ll tell you about later, sorry!) Check it out:

In the video, you watch the now-married duo head to the hair replacement doctor, see Jason get the procedure, and, most shockingly, pull off the bandages. As Jason says towards the end of the video “you’ve seen the back of my head…it doesn’t look good.”

Beth and I have talked before about our fondness for bald guys, and we both meant what we said — there’s something very take-charge and badass about a man who owns his hair loss and rocks it. But there’s also something admirable about a man who makes no bones about the steps he’ll take to look a certain way — women don’t hide it, so why do guys?

It’s that latter stance that I’m going to take regarding Jason’s up-frontedness about his plug procedure. I choose to see it as the move of a 21st century man! Unafraid and unrepentant, with the teeeeniest bit of puss dripping off the back of his head.

Catch up on all our 90 Day Fiance coverage here