Netflix’s “House of Cards” was amazing. Season 1 was a life-changing, binge-watching slice of heaven. Like many, I waited months for the much-anticipated Season 2, released in 13 episodes on Valentines Day. I’ve emerged from my Season 2 binge-watch disappointed. Allow me to count the ways this show has gone from brilliant to bullshit, and obviously this contains spoilers. 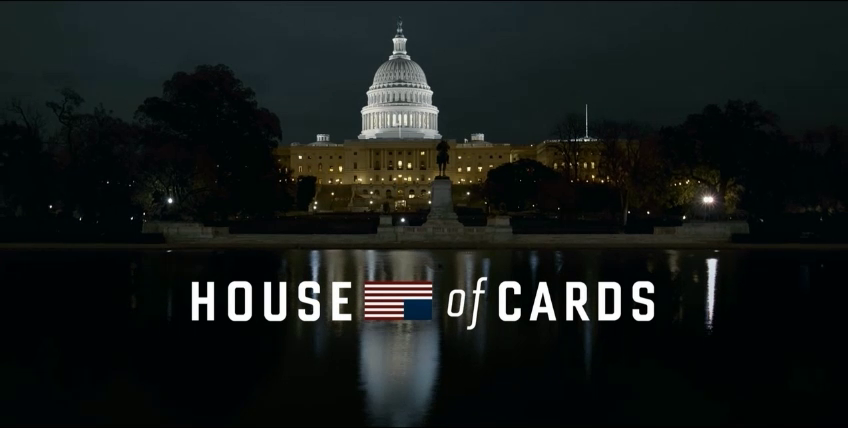 1. Congressman Underwood kills Zoe at the end of Episode 1 and totally gets away with it. A United States Congressman throws a famous reporter in front of a subway, does the deed himself, and then we move right along. Because this would totally happen. Just accept it, and move on. Frank killing Peter Russo (D-PA) in Season 1 was much more believable. The fact that Peter is barely mentioned in Season 2 in not. And killing Zoe (wasn’t that a movie?) was nonsense. Still, I was so excited that HOC was back, I decided to find this plot twist brilliant. In retrospect, having seen the rest of the season, I should have known the dumb direction we’d be going.

2. Who the hell are these hackers and what do they have to do with anything? Zoe’s reporter boyfriend gets all sucked in, ends up in jail (forever?) and now we’ve got to watch this hacker, who I can’t help but constantly recognize as one of the survivors in the film, “Zodiac.” Zodiac was directed by David Fincher, who directed a few episodes of HOC. So… whatever. I was not following the hacker. Nor do I understand where bitchy reporter woman disappeared to, other than to care of her mom.

3. Initially I liked seeing Major Dad take on such a big role in HOC because I love the actor Gerald McRaney, who is charitably married to Delta Burke in real life. I discuss HOC with my super politic-y friend Addisu and we were both like, “Yay Major Dad in HOC! But this season blows, right?” Addisu described his wife as being “beside herself” in response to this season. Because it’s one thing to see Frank Underwood act all shady and, let’s face it, insane most of the time. But having the president’s billionaire bestie resort to equally nuts measures doesn’t ring true.

4. I am a dumb person, so I was confused by the Indian Casinos and related Chinese money laundering by the guy who likes autoerotic asphyxiation. Basically, along with the hacking, the Indian Casino/Chinese-thing seemed like really confusing plot twists, which only reenforced how much I miss Peter Russo (D-PA).

5. Why did Peter Russo’s girlfriend disappear for no reason? She was the president’s assistant and then gone. Don’t bring her around if she serves no purpose this season, please.

6. BBQ Freddie’s storyline? Help me out here. Again, this was another random character twist that never really went anywhere, although I’m sad that the guy from Square One never got his $95,000 line of BBQ sauce.

8. Why would Claire ever get in the abortion conversation with the reporter anyway? Shut it down! This is none of your business! As for her new press agent, I never believed him and still don’t. As for Remy… well, I like that guy. Oh, but this new broad, Tattoo Jackie, is was too fabulous to be true. Once you start to add all of these up, you can’t help but scream, “Come ON, House of Cards!” at your laptop.

10. What the fuck could possibly be next? What did I miss? And more importantly, will you watch? Please discuss these issues and more in the comments section. I’m sick of waiting for my friends with lives to get past Episode 4.