As I sat down with a giant iced coffee at 9pm and tuned into Bravo, I wondered where I would be without Andy Cohen. That man brings me so much joy/drama, and I credit him with the ripple effect his programming has had on television. Without Bravo’s pioneering efforts in ridiculous reality shows, would we have “Married At First Sight”? No, we would not.

I haven’t been recapping this season because I wasn’t even sure if I could stomach watching it again. Oddly, this is one of the few reality shows my fiancé is willing to watch with me and I find his reactions to the show revealing of the next decades of our live together. He hates all the wrong people.

Which is to say, I’ve once again been sucked into the wedded awkwardness thanks to Lily and Tom. I’m not going to bother explaining who Lily and Tom are, a la a traditional recap.* If you’re watching “Married At First Sight”, this is the shit we need to talk about: 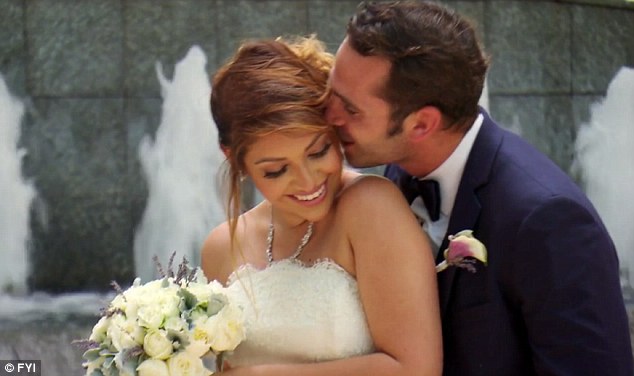 Back off, Bus Tom.

1. Lily’s ombre hair is killing me. I hate that the first thing I have to say about her is to crap all over her hair, but she is such a hot ticket and I can’t get over what a crappy colorist she has.
2. Yeah RIGHT she is okay with Tom living on a fucking bus? The shower? The closet? The low ceilings? And Tom is all proud of how he can unplug his bus and be ready to hit the road in 2 hours? For where, Tom? Burning Man? No thank you.
3. Tom and Lily’s smoochy-poochy, kissy-pissy is not very authentic. These two are caught up in the fantasy of each other, and I’m happy that the phrase “post-nuptial agreement” has started to burst their bubble. Um, no one wants your bus debt, Tom.
4. Quiet Guy and Nervous Girl are mismatched. She seems like she’s about to have some sort of spell and collapse from sheer terror and he’s just going to shrug in response and play with his dogs. I have not taken the time to learn their names because I spend all of their screen time hiding behind my late-night caffeine.
5. Derek and Heather need to shake hands and never speak of this incident again. At first, I was on Team Derek even though his eyes reveal that he’s smoking more than cigarettes. But he seems to be picking fights and misreading the few times Heather has decided to give it another shot. In a word, Derek is dumb.
6. Heather’s prescription glasses are a lot more fashion forward than her HALTER wedding gown.
7. Your thoughts please and thank you.

*I’m PRO-FESH recapping 90 Day Fiance for Previously.TV, so please read my recaps over there starting after the September 11th premiere.