One can watch a TON of serial killer documentaries on YouTube, and if I could do that all day, I would. (I do that all day.) Last night, I was curled up with my laptop on bed watching yet another documentary about Dennis Rader and finding myself getting even madder. While I think all serial killers are fucking horrible*, Dennis Rader, aka: the BTK Killer, is the shittiest of them all.

It’s difficult to pinpoint exactly why I hate this guy so much, aside from the fact that he killed innocent people. Serial killers aren’t supposed to be really awesome people once you get to know them. Ted Bundy and John Wayne Gacy were both generally assholes. Folks like Ed Gein or David Carpenter were creepy recluses. But there’s something about Dennis Rader, who referred to himself as BTK (for bind, torture, kill) that pisses me off more so than any other killer. 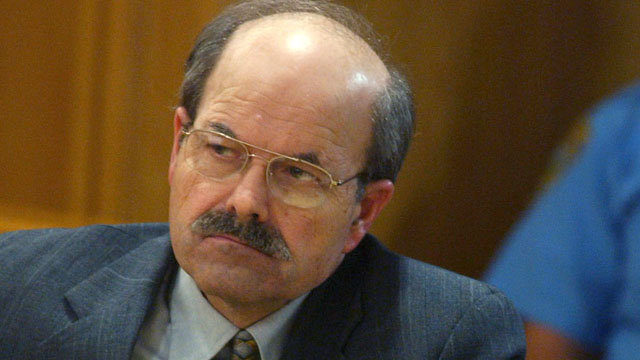 And now, the Top 3 Reasons I Can’t Stand Dennis Rader:

1. He couldn’t be a real cop so he became a dog catcher and eventually, a compliance officer, going around Wichita neighborhoods and writing people up for letting their grass grow too tall. According to all accounts, Dennis was a real dick about everything and let his minuscule power go to his head. By the time Dennis was patrolling dog poop on sidewalks, he’d already done most of his killing. But don’t you just know that type? The minimum wage rent-a-cop who tucks his pant legs into his boots, carries a switchblade, and acts like every day is September 12th, 2001?

2. Dennis Rader took his guilty plea as an opportunity to mansplain killing to everyone. Victim by victim, Dennis explained for us what stalking is, and how he tortured and killed each one, with nary a hint of remorse. Quite the contrary. This guy sounds fucking proud of himself. He’s very “Please feel free to study my amazing evil genius.” I mean, this is a letter he wrote to the media, describing, among other things, killing a young girl, “…staring at me with wide terror fill eyes the rope getting tighter-tighter. You don’t understand these things because your not underthe influence of factor x). The same thing that made Son of Sam, Jack the Ripper, Havery Glatman, Boston Strangler, Dr. H.H. Holmes Panty Hose Strangler OF Florida, Hillside Strangler, Ted of the West Coast and many more infamous character kill. Which seem s senseless, but we cannot help it. There is no help, no cure, except death or being caught and put away. It a terrible nightmarebut, you see I don’t lose any sleep over it. After a thing like Fox I ccome home and go about life like anyone else. And I will be like that until the urge hit me again.” Fuck you and your dumb, nerdy x-factor Dennis Rader. STFU.

3. Dennis couldn’t handle the lack of attention, and that’s what got him caught. He last killed in 1991, but by 2004, he just couldn’t help himself and wrote the media a taunting letter. He was basically a retired serial killer who got away with it, and then Dennis got all, “Hey, remember when I maniacally killed those innocent people? Keep talking about it.” He also referred to his work as “admirable.” Barf. Not very evil genius, Dennis!

Alright. I got that out. Please forgive my rant on Rader, but I’ve had a bee in my bonnet about him since re-watching that documentary. Wichita has been through enough.**

*While she was a cold-blooded killer, I have a lot of sympathy for Aileen Wuornos.

**Are you familiar with the Wichita Massacre? It is THE MOST UPSETTING THING EVER.