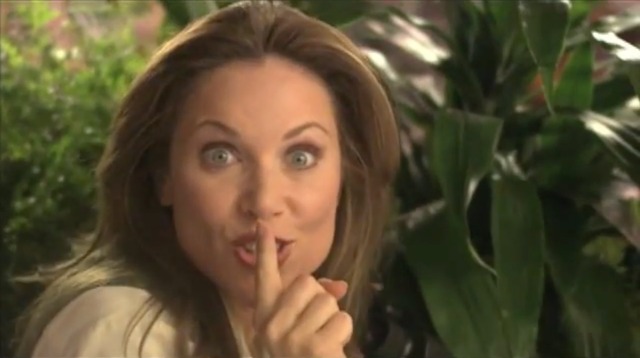 Don’t tell anyone that I love the Dallas Housewives or LeeAnne will “kill” you.

Sometimes I google “LeeAnne Locken” because I think about LeeAnne Locken everyday. I can’t help myself. She is the “60 Days In” Robert of “The Real Housewives of Dallas.” Is LeeAnne insane? Is she acting? Does “charity” mean something entirely different to LeeAnne than it does to the rest of us? WTF happened at the carnival that made LeeAnne so crazy-eyed and crazy-mouthed? These are the things that haunt me at 3 o’clock in the morning.

Which brings me to LeeAnne Locken’s commercial demo reel, which is just sitting on YouTube like a diamond in a cave screaming, “Find me! Find me!”

You can also see LeeAnne’s hosting demo reel and “anchor*” demo reel, but neither are as good as her turn as “Cindy” the annoying lady who needs to know the intimate details of the banking practices of acquaintances. Where is the demo reel of LeeAnne threatened to kill (but it doesn’t mean kill) her dearest friends, or desperately using a fake voice with the man she wants to propose marriage on their giant wooden pirate ship bed? I’d like to see those.

*LeeAnne’s anchor reel includes her hosting “Eye on Plano” but remember when she shit on Plano!?! Why do I know and love this so much? Has LeeAnne’s blink-less glare hypnotized me? Probably.