We’ve all seen the headlines: Man Has Sex With Horse, etc. We always click on them, right? At least I do. Once again, this morning, there I went again. “Man Raped Dog On Porch.” Click!

My co-SNDer Eve is a true animal lover, and while it’s a trait I do not share, I have great respect for Eve’s unconditional compassion towards animals. It’s probably better than she not write about this subject because while I am confused by animal sex, I bet it makes Eve fucking livid. So allow me to ask the inappropriate questions here. Because I do not get it at ALL. 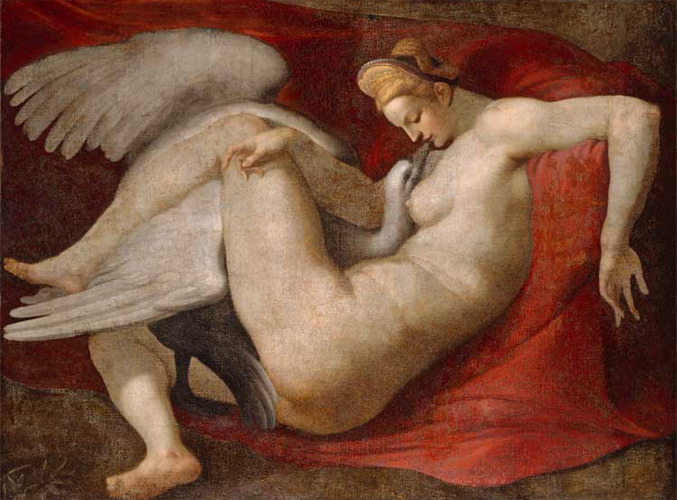 Photo via Wikipedia Commons, which is a copy of a lost work by Michaelangelo.

First of all, do you think the word “rape” is appropriate? I am not sure. That’s a whole question unto itself: can only humans be victims of rape? Semantics aside, do some of these people prefer animal sex to human sex, or is it an act of sexual desperation? Is it indeed rape, which I regard as a violent act that has less to do with sex than it does with control (and horribleness.) Does the man having sex with (abusing/raping) his dog on his porch have a thing specifically for dog sex, or is he unable to find a human partner?

Hold on, I have more questions. How do the police treat these criminals? I would be very head-cocked, “REALLY?” about the whole thing. I’d have trouble making eye contact, were I the arresting officer. What do they say in court if they’re forced to detail the crime? How are they treated in jail by fellow criminals? I know rapists and child molesters are the (rightly) at the bottom of the prison totem pole, but are animal rapists there as well? A step up? A step down?

I looked up Bestiality on Wikipedia, which goes immediately to Zoophilia. OMG, Zoophilia. Get this: “The Kinsey reports rated the percentage of people who had sexual interaction with animals at some point in their lives as 8% for men and 3.6% for women, and claimed it was 40–50% in people living near farms.” That sounds like a punchline.

More from Wikipedia: The Journal of Forensic and Legal Medicine (Vol. 18, February 2011) states that sexual contact with animals is almost never a clinically significant problem by itself; it also states that there are several kinds of zoophiles:

More, you ask? Okay! “Most zoophiles have (or have also had) long term human relationships as well or at the same time as zoosexual ones, and that zoosexual partners are usually dogs and/or horses…”