Have you hopped on the “Making a Murderer” bandwagon yet? Eve told me about it and then I enticed several family members over the holidays. Now Cousin Kate won’t stop texting me her thoughts while chastising me for getting her hooked on this Netflix docuseries. “Making A Murderder” is contagious. Presumably you get around enough to know that “Making A Murderer” is a 10-episode binge-worthy true crime documentary series exclusively on Netflix. Twists and turns abound, and it’s sheer heaven for armchair detectives like us. 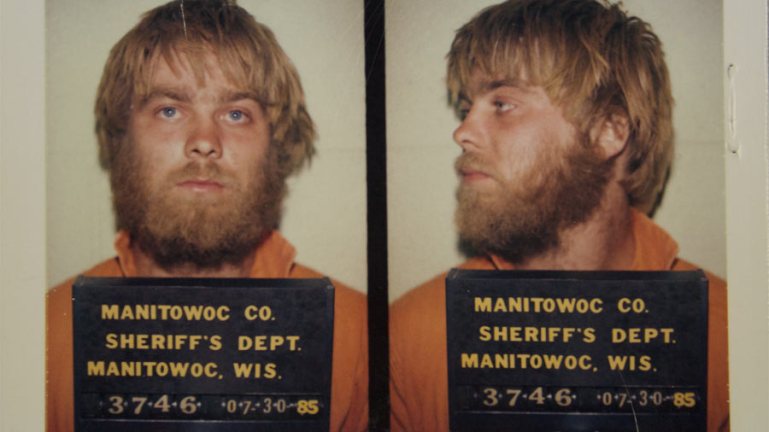 This roller-coaster of insanity has too many side-issues and bizarre characters to disseminate in one measly Slow News Day post, but there’s been a question knocking around my noggin: Who on EARTH could have been the “international recording artist” on the jury?

I wish I could tell you which episode this weird fact was mentioned in, but at some point, the show tosses around occupations of the jury members to demonstrate the melting pox of diversity in this Wisconsin collection of citizen peers. And one of them was apparently an “international recording artist.”

Either someone flew a little fast and loose when entering the “occupation” line item, or a random international celebrity holds a primary legal residence in Wisconsin and couldn’t get out of jury duty. A mystery indeed!

Speaking of the jury, may I profess my secret enjoyment of the crazy juror who was dismissed due to a family emergency at the 9th hour, only to return to the courtsteps to involve himself in the plight of the defendant’s family? He drives my boyfriend insane, but I am silently cheering him on. Because that’s what “Making A Murderer” totally needs – yet another lunatic latching on to the endless drama of the Avery family auto yard.

Meanwhile, the New York Times is on the case.