When no one is getting along on a reality show, they always decide it’s a fantastic idea to go on a trip. So the Little Women of LA, who can’t fucking stand each other, are all in New Orleans (or as Christy pronounces it, New Ore-Leens). In NoLa, Briana and her internet boyfriend decided to go to see voodoo-type shamans, a la Midnight in the Garden of Good and Evil. Naturally, Tanya, Traci, and Christy FLIPPED OUT BECAUSE OF THE DEVIL. 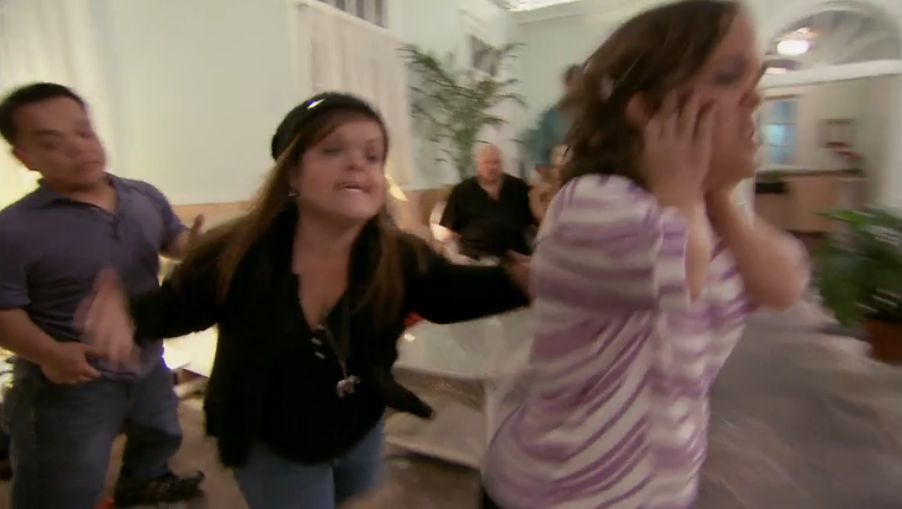 A totally normal reaction to the sentence, “I got you Cajun, Creole cultural gifts.”

All three remain steadfast in their insistence that any form of alternative spirituality is somehow satanic. The moral high ground conveniently exists only for their faith, which is totally right and everything else is totally wrong. I was raised going to church every Sunday, I attended 13 years of Catholic school, and I am in the same program of spirituality that Christy claims to be a part of, so I am confused and offended by especially her dramatic, ignorant, and offensive reaction to the mere presence of religious artifacts that are not a part of her particular religion.

But Christy doesn’t need me to appeal to her sense of tolerance because she has Todd, who grew a common-sense-beard and is suddenly the soft-spoken voice of reason. “How is that different from watching vampire movies or ghost movies? Do you wish upon stars?”

Christy had no answer because she couldn’t very well say, “I wasn’t on camera then!” Instead, she accused Todd of still having the hots for Briana. Todd responded, “Fuck you.” Christy and her make-up sponge were beside themselves, shocked (shocked!) that Todd would ever use the F-word. Naturally, she eventually responded without a trace of irony, “Fuck you.” How am I on Todd’s side? It it opposite day? 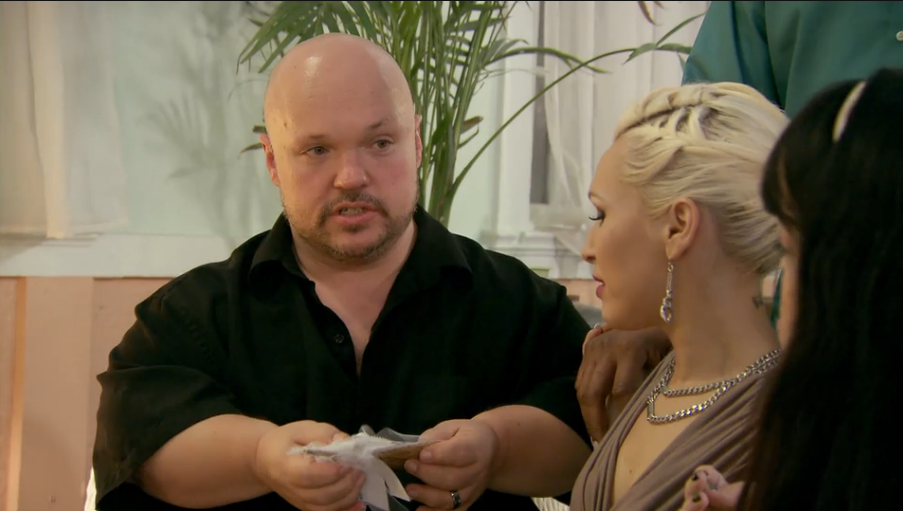 When Todd said, “I think you’re over-reacting” I wanted to record it and make it my ringtone.

Meanwhile , everyone is over their brush with the underlord and decide to go to Preservation Hall, but first Christy and Todd decide to make-up and talk about little people drama at a MASQUERADE MASK STORE. #Devil. Todd and Joe have yet to make-ammends to one another, and Christy thinks Briana’s internet boyfriend is an alcoholic. Todd, going back to being an asshole, insists that if Christy were a good friend, she’d go confront Briana with the “fact” that her BF is an alcoholic.

At the Hall, Internet Boyfriend orders a drink that is LITERALLY bigger than most of the cast. Briana has to stand on a chair to drink from it, and apparently the human-size drink contains 14 lbs of booze. Internet Boyfriend, whom everyone agrees is either an alcoholic or incredibly shady, whisks Briana away to propose OMG! He got down on one knee, making him only slightly taller than Briana. After lots of dramatic pauses and flashbacks to Internet Boyfriend’s red-flags, she said yes.

Post-engagement sex, Christy comes by Briana’s bedroom to tell Briana that Internet Fiance drinks a lot. Apparently, he drinks because he has back pain, which is a totally reasonable and healthy way to use alcohol. “He doesn’t get angry, he doesn’t hurt anybody,” claims Briana. Internet Fiance, your bottom doesn’t have to be horrible and dramatic. Your bottom can be when you stop digging.

The ladies have one last night out in NoLa, wherein Briana decides to reveal her engagement. If you thought these ladies had a problem with the devil, you can bet your Bible they lost their shit over Internet Fiance.

“I love you. I want you to be happy. I know you think you’re happy. But I cannot stand by this.” – the world’s best friend, Christy.

In other observations: Has anyone else noticed that Joe cannot make eye-contact with Terra, who is currently carrying his baby. I have been watching this closely and there is ZERO eye-contact.

That’s it from me! Your thoughts in the comments, please. And until next time, may all your commercial breaks be brief…