Little Women: NY is so amazingly watchable and simultaneously unwatchable. My feelings can best be expressed in these screenshots, which I took during my most physical reactions to the most recent episode. 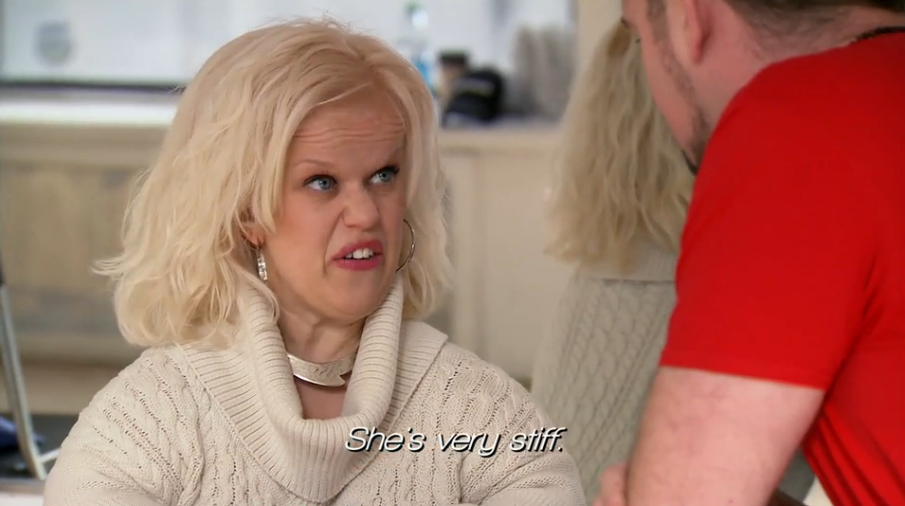 Evil Lila tags along to help Jazmin on her photoshoot because they’re such close, supportive friends. Evil Lila gave the photographer some super sweet tips while Jazmin was changing. 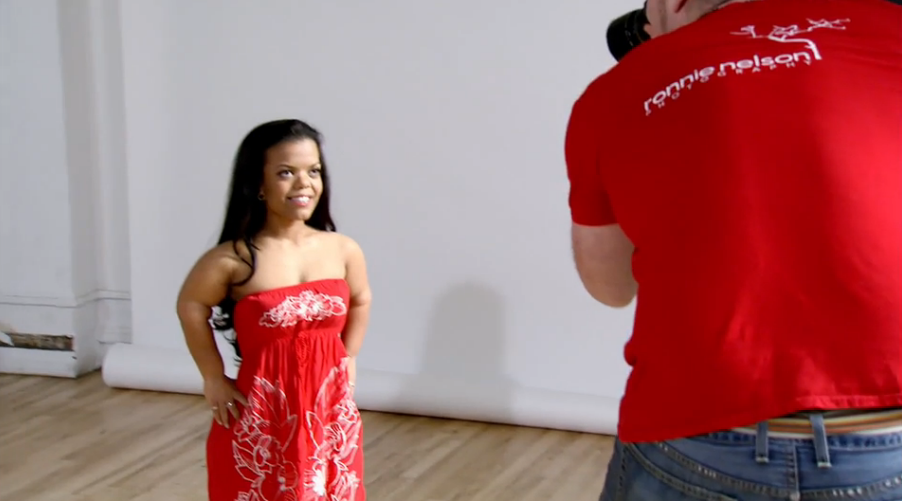 I’m pretty sure Annie Leibovitz and Richard Avedon wore t-shirts with their names on it while working. Ansel Adams probably had a jumpsuit that said “AA Pics ‘N Things” on the back. 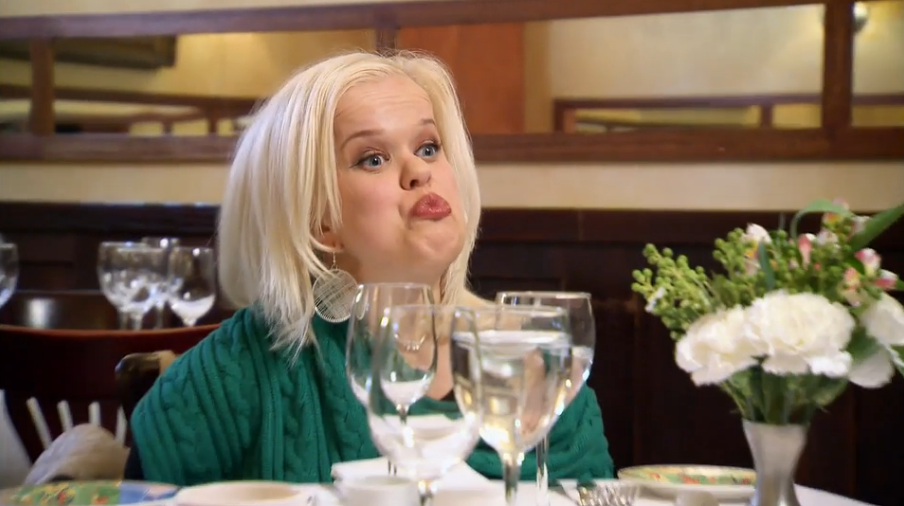 Evil Lila is working a strong program of recovery, which for her includes making taunting faces at people during a disagreement. 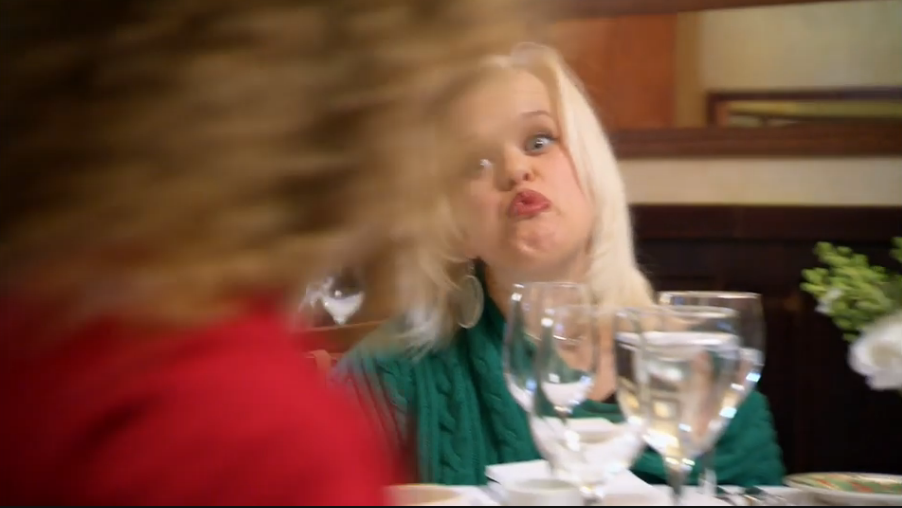 Evil Lila is ALL about working towards resolution, because that’s just the kind of amazing, independent, soulful woman she is. She also uses the words and phrases of a mid-level retirement community’s resident blue eye-shadowed busy body. “Get their jollies off”, etc. 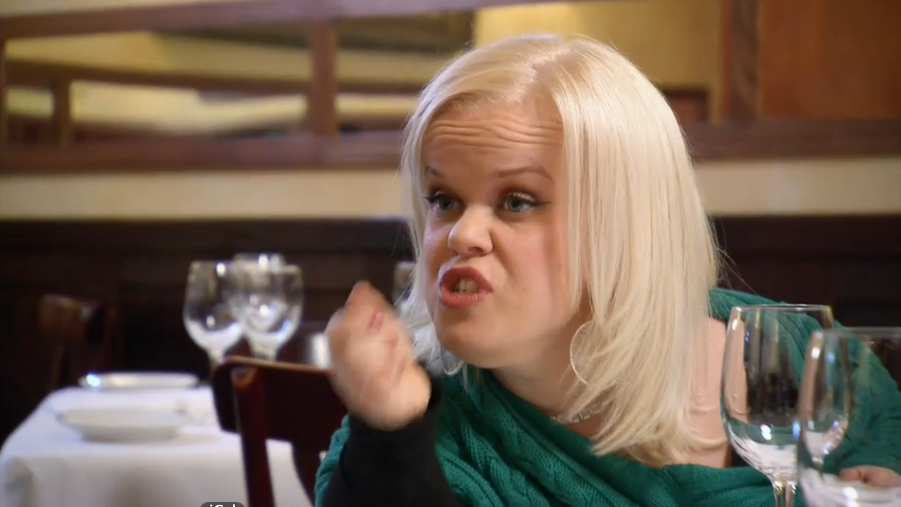 Evil Lila is consistently ridiculous in what is both obvious reality-show acting, and a misunderstanding of “sassy” behavior. Bring up Lila around anyone who watches Little Women: NY and you will be met with, “I can’t even with that bitch.” 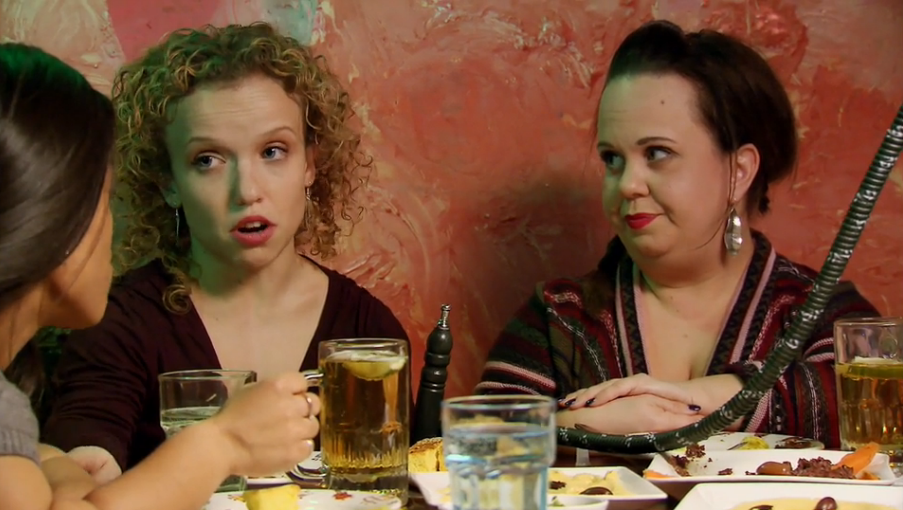 Like ALL reality shows, important conversations and confrontations must happen while engaging in Groupon-style activities, like dinner at a hookah bar… 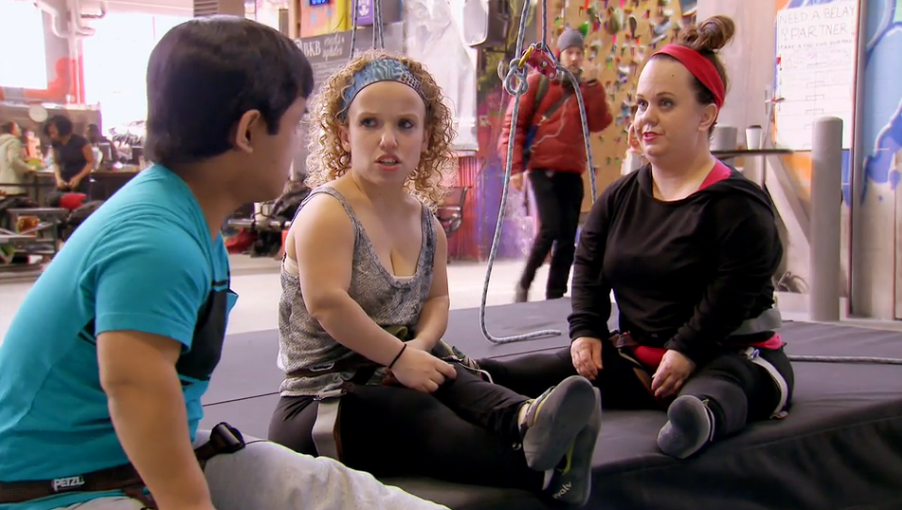 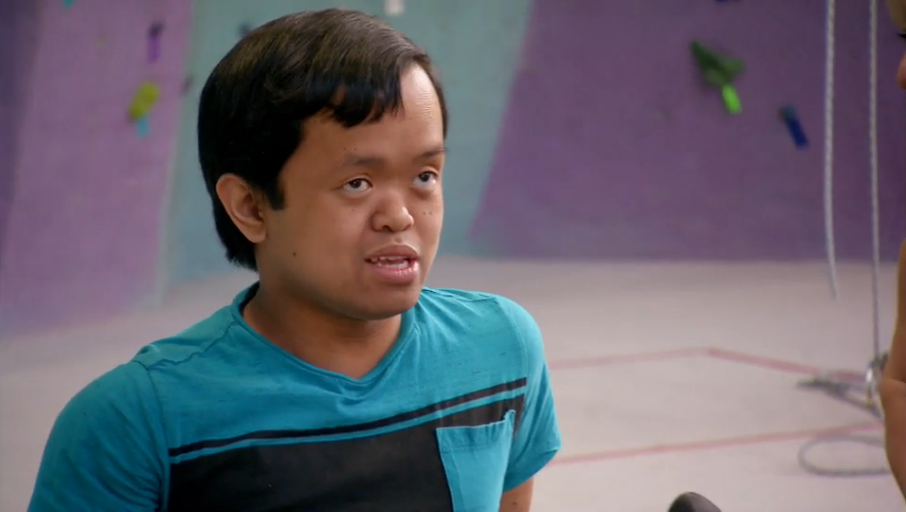 Jason, who is appearing as a cast member on a show called Little Women with his best friends who are all sassy women, has something serious he’s finally ready to tell his parents. We’ve been building up to this reveal for awhile, and we all know what is coming. You’ve probably already guessed it, but Jason is… 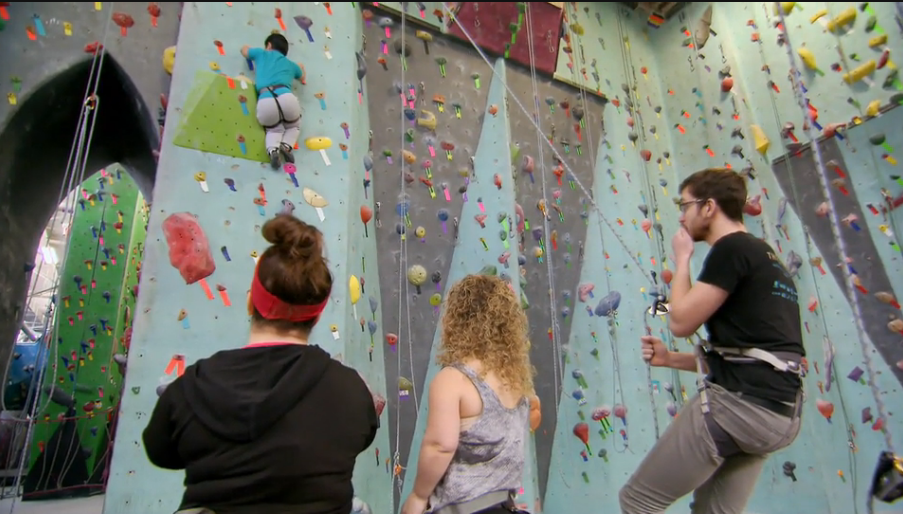 …moving into his own apartment. I know. We’re all glad he finally had the courage to … move out. 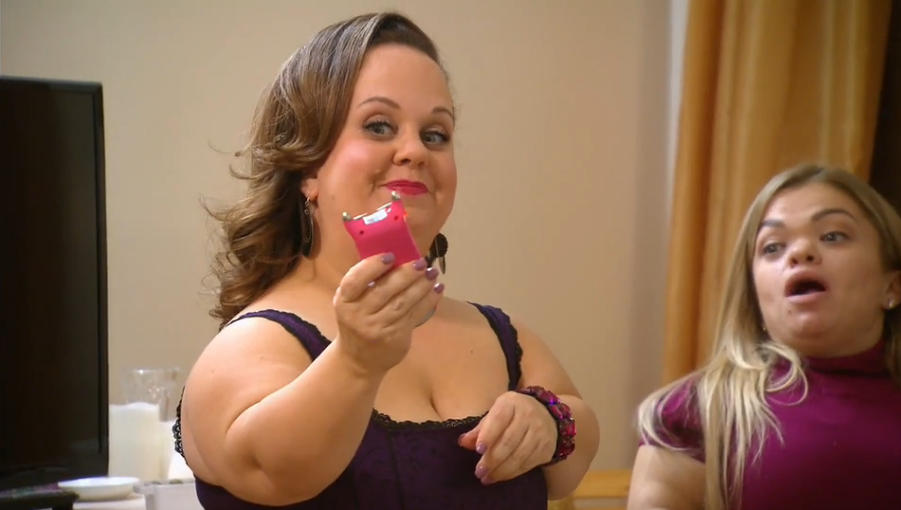 The one normal person on this show is Jordanna, who is the only (little) person to dare suggest, “Your behavior is ridiculous.” Everyone else is nuts, as evidenced by Kristin who pulled out her taser mid-cocktail party to prove how safe her neighborhood is. Little Women: NY, you are so much better/worse than Little Women: LA. Bravo, Lifetime!