Where are my television people at? New show, folks! We’re watching Little Women: LA again. If you want to see my thoughts on last season, catch up here. It’s pretty easy, as we’ve got the exact same cast with the same shitty problems, although this season, everyone is trying to get pregnant. I will not recap the Season 1 reunion because I think we’ll all agree it was stupid. 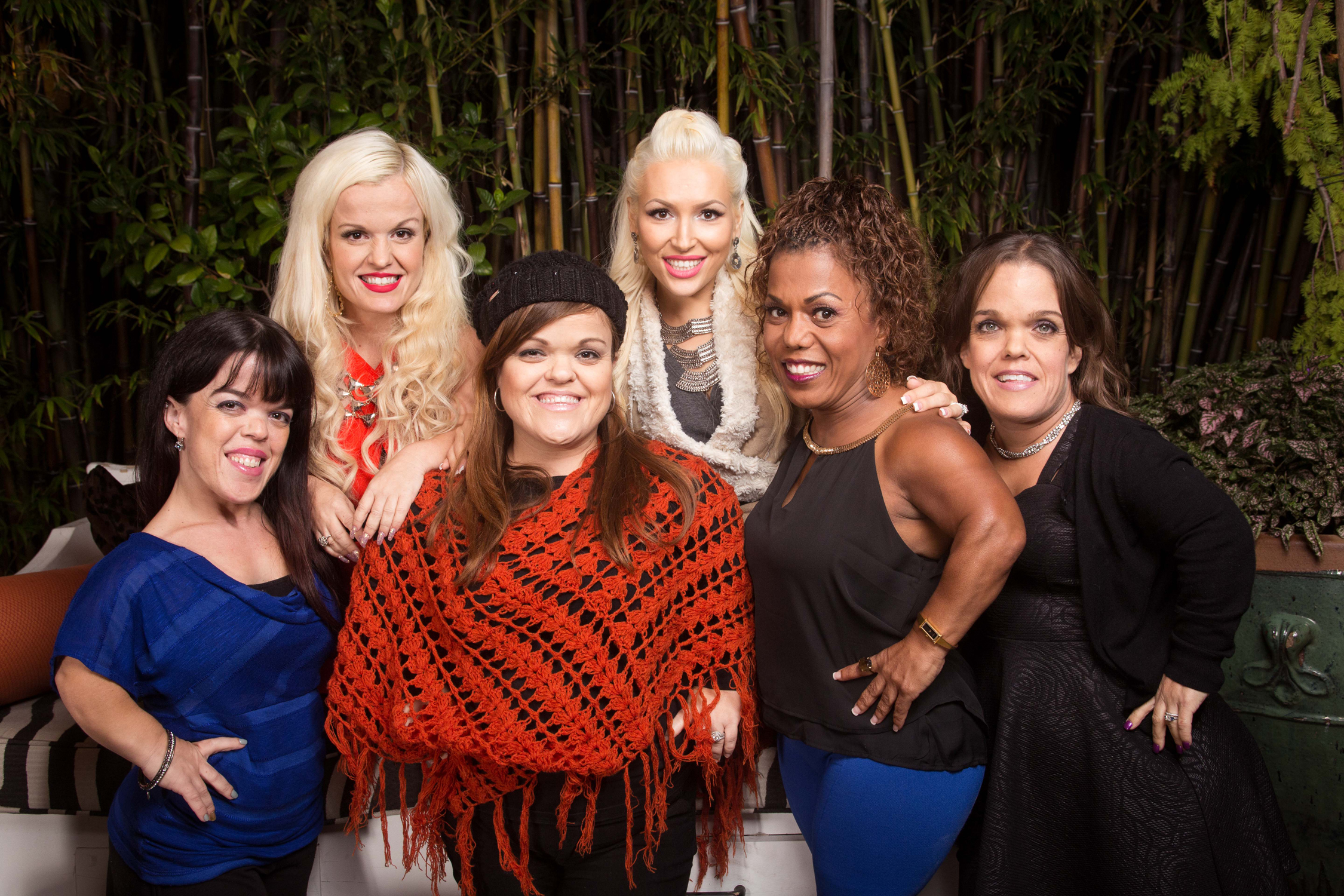 This season kicks off with Elena hosting a boat party as a means of getting everyone back together/talking shit to each other’s face. And with that, let us begin:

Tanya: I love Tanya. She is blunt, vulnerable, smart, and possess a rare quality among reality show people; common sense. Tanya has been dating Trevor for 4 months, and things are going well. I am a big fan of Trevor, as he seems to have adjusted well to the group of Little Women. But Tanya, who can be tough to please, has had some ups and downs with Trev. None the less, they both attend Elena’s “Booze Cruise” and promptly call out Briana for missing Tracy’s “grand” wedding. Tanya’s best line of the episode was, “Instagram don’t lie.” Um, yes. It totally does.

Terra: Terra is the lead little woman, as far as I’m concerned, and is still dating Shitty Joe, who openly flirts with other women and will never be ready to commit. Terra can do so much better than Joe. Terra also got extensions, which aside from being ironic, are also kind of amazing. They are the 7th star of this show. Terra often instigates dramatic confrontations that may or may not concern her. Terra is recording a hip-hop album AND was invited to go on a year-long tour with Miley Cyrus. “I love Miley, like she’s my homie,” claims Terra. CLASSIC TERRA. 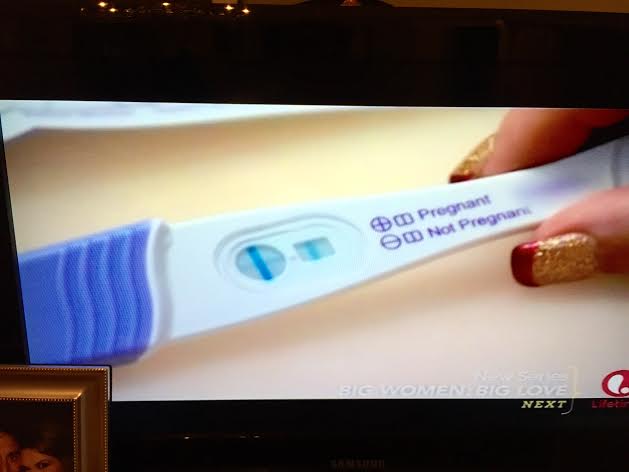 This is NOT pregnant, right? (Lifetime TV)

While the married ladies are trying to get knocked up, Terra and Joe have been off-and-on for 7 years, Joe sucks in general, and Terra is 9 days LATE. She takes a preggers test to be “safe” and finds herself pregnant. I had to pause and take a photo of the TV because this reads not pregnant to me. Am I wrong? I’ve never taken a pregnancy test so I don’t know how this shit works. Sluts, pls. advise. Miraculously, before Terra gets the chance to tell Joe the news, he reveals he’s going on a music tour. Thus, we all know the pregnancy secret… for about 5 minutes. She finally tells Joe and he gets really pissed, because again, Joe completely sucks.

Christy: 5 years sober (YAY CHRISTY!), Christy and her husband Todd are trying and trying and trying to get pregnant. They talk about this all the time, in-between talking about how exhausted they are from all the little people sex they’re having. Christy and Briana have formed an unnecessary alliance. Before taking any type of pregnancy test, Christy breaks her pledge to keep a low profile and can’t help but imply that she’s pregnant. Christy then immediately gets mad at everyone for wondering. CLASSIC CHRISTY.

Briana: Briana is the divorced mom of one and the only single little lady. Briana did not attend Tracy’s “grand” wedding and is on everyone’s shit list because she posted pictures during the wedding of being at the beach. Well speaking of shit list, Briana claims she was sick, and just between us girls, “losing control of bodily functions.” This is basically the only excuse for missing a wedding, and none of us can blame Briana for THAT one. (Tracy still blames her.) Briana and Christy needed to decompress the booze cruise with some FroYo, and needed a chair to reach the FroYo dispenser. I get so sucked into the lives of these women that I forget that they’re little people and then suddenly, someone’s pulling up a chair to a FroYo dispenser. Both Briana and Christy have something called “compression” which happens to dwarves, I guess. It makes Christy’s boobs numb. And we all know how this illness presents in Briana.

Elena: Elena is a stunning Russian little woman who is married to a regular-sized African American man and I like them both very much. Elena is normal, kind, smart, and confused by drama. At the same time, she doesn’t back down. She is also a bad actress and when the producers instruct her to organically ask questions like, “Is Christy pregnant?” it comes off very awkwardly. Yay Elena! Terra confides her pregnancy in Elena, while hanging out at the beach at sunset. Elena is genuinely compassionate. I am confused as to why my friends and I don’t share secrets with each other at beach sunsets.

Tracy: Tracy is the boring, conservative one who dared to wear a fedora on the booze cruise, and can not stand Christy. Tracy once mentioned that she wanted a “grand” wedding and I will never be able to let this go. Who says grand?!?! I think it says so much about Tracy, mainly that she reads a lot of airport paperbacks. Tracy is also a newlywed, and her husband rarely appears on the show because he is normal. The girls over-dressed and took Tracy to “Lotions and Love” sex shop for some lingerie and sex toys. This is a classic reality show producer move. Send them all to a sex shop! Later, Tracy meets Christy for a reconciliation/confrontation luncheon, another reality show stand-by, and storms off over an argument over who is and is not a bully.

Other shows we’re thinking of recapping: Empire on Fox because that looks amazing, Downton Abbey which is sheer heaven, My Husband Isn’t Gay or whatever, which is offensive and deserves to be skewered maybe? What do you think? Also, in case it’s easier for you, here’s where to watch Little Women: LA online.

Looking forward to your thoughts, my friends! And until next time, may all of your commercial breaks be brief…