Easy with the fists, sweat stain.

It’s decision day for David and Ashley, but first, let’s talk about the last grasps of desperation from Sam towards Neil because I find this fascinating.

For weeks, Sam has been sending Cold War-era level mixed messages in codes that not even Benedict Cumberbatch could break (in that boring movie where he was a genius.) Poor Neil has been scrambling in his deadpan, unemotional way to decipher Sam’s cues and now as decision day approaches, she’s suddenly all over him. Sam actually kissed Neil for the first time while he was casually driving a car at night – so that he would know how soft her lips were before he chose divorce.

Lives are at stake on Atlanta highways due to this broad’s desperate attempt to not get dumped on television. I suspect that might be her only motivation. Sam and Neil have slept under the same roof for exactly 12 seconds. There’s no way a rational person, especially with all the shit Neil’s had to put up with, would be like, “Oh sure, I should stay married to this complete stranger and not get a free divorce.”

I predict Sam begs Neil to stay married and he DOES because he is a people pleaser. Also, it’s really hard to worry you’ll look like a jerk with 12 cameras pointed at you, and thanks to Sam, we all know Neil acts totally different when the cameras are on.

We’re in a holding pattern with Tres and Vanessa.

And now, onto the main event: David and Ashley!

According to the publicist inside Ashley’s flat iron, she was still deciding whether or not to stay married up to the last minute. Oh, and also, she and David had apparently discussed what they would say to the experts the night before decision day and she seemed to be under the impression he knew what was coming.

But David is a sneaky desperate stalker and when push came to shove, was like, “Our marriage deserves a chance!” 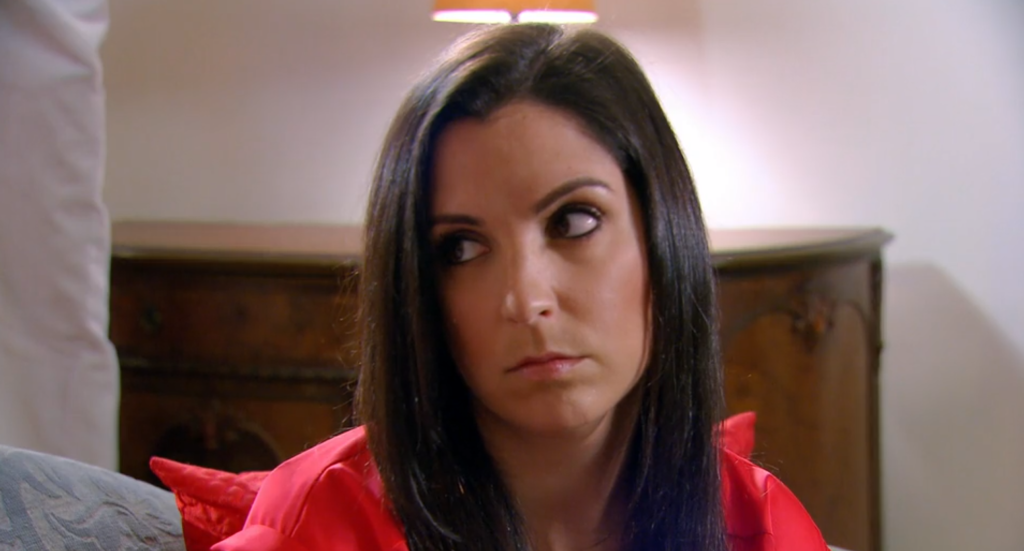 “You’ve got to be fucking kidding me.” -Ashley, paraphrased.

What marriage? Did I miss a marriage? I’ve had more meaningful relationships with women in line for the ladies’ room. Meanwhile, Ashley harnessed her best Meryl Streep and hemmed and hawed for the experts while building up to the obvious, “I think we should get a divorce.”

I paused it at this point to watch the relief wash over Ashley’s personality-free face. She’d held on to her mason jarred home rental for 6-weeks, but she could not take anymore David Norton. And while I started off on Team David and remain unwilling to ever be BFF with Ashley, I grew to find her reactions (or lack there of) to him understandable. There is something a bit off with Dave.

Oh, here it is! He was arrested for going crazy during a fight with a girlfriend whom he became obsessed with in 2007. The police report states that David allegedly shoved his girlfriend to the floor, broke a phone, locked people outside, and generally lost his shit. The report makes no mention of David crying throughout the ordeal, BUT I’M PRETTY SURE HE DID.

David defenders should read the entire report here. We’ve all done dumb shit and I know perfectly wonderful folks who have unfortunate arrest records, but an adult touching anyone in anger is an indicator that this guy is unwell. It also explains why someone who seems so genuinely sweet and adorbs was so achingly single that he agreed to marry a stranger on national television.

After the show, David said aww shucks stuff like, “It didn’t work out and that stinks.” 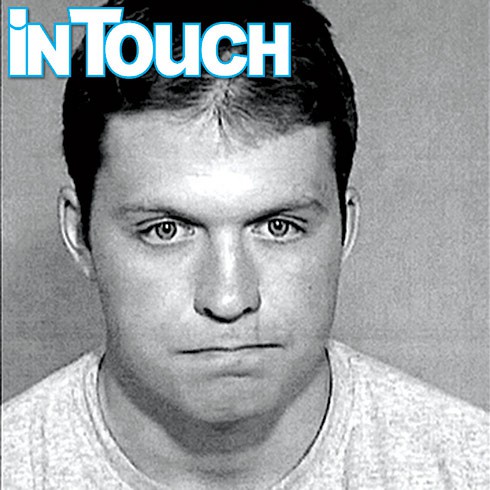 The Married at First Sight people claim they knew about David’s history of temper issues before casting him on the show, which does not bespeak well of them. Have they learned nothing from last season’s fatal attraction?

If this show expects people to continue to blindly sign-up to cohabitant with a stranger on a reality show, maybe they could weed out the people who pushed chicks before. Just an idea.

Here’s a Q&A with David where he talks about kissing Ashley and says awesome stuff like, “A week after the experiment ended, we chatted briefly and decided to be friends. But then, shortly after that, she said she would rather not talk to each other. So we didn’t talk up until the show premiered.”

Ashley’s ice cold heart might not be ideal for nursing, but when you need to tell the weirdo you married on national television to leave you alone, it’s perfection.