The tables have completely turned in ragrds to how we feel about the couples on Married at First Sight (MAFS.) While I once thought Ashley was the worst, I now regard Sam’s behavior as unacceptable. Let us discuss:

David and Ashley: By the time their wedding night and honeymoon rolled around, Ashley had loosened up to the point of likability. She really started to warm up to Dave and I found myself enjoying her low key, surprisingly kind sense of humor. It’s weird how she was so publicly ice cold at the wedding (and so haughty at her own bachelorette party), but one-on-one with her stranger husband, Ashley has settled into normalcy. These two ended up in Arizona for their honeymoon, which would not be my first choice. But the new couple seemed to roll with it, and now that the admittedly gorgeous Ashley is so chill, I enjoy them both. Upcoming previews show trouble in paradise however, so let’s not mark these two as happily ever after just yet. Dave asks another woman to drinks? What? On a honeymoon? How?

Tres and Vanessa: Brace yourselves for a shock – Tres and Vanessa did not have sex on their wedding night. What with all the kissing the moment they met, I assumed these two would hop into their marital bed, but no. Tres and Vanessa wish to take marrying a stranger slowly. They headed off to a beachy honeymoon destination where a forced conversation at the shore revealed that Tres never really set out to marry anyone. He was looking for a serious (but not THAT serious) relationship and when he heard about the MAFS casting call, he thought it sounded interesting. Vanessa is appalled that her reality show stranger husband isn’t fully committed to spending the rest of his life with her.

When you marry someone, you need to be prepared to take them to the bathroom one day. That’s how I look at it. Do I love this person enough to one day help them poop? Expecting a perfect stranger to have already committed to the elderly poop issue sight-unseen is unrealistic, no matter how ready for marriage one thinks they are. I felt like Tres was just being honest. But I also feel like Tres is not the sharpest knife in the drawer, whereas Vanessa is. 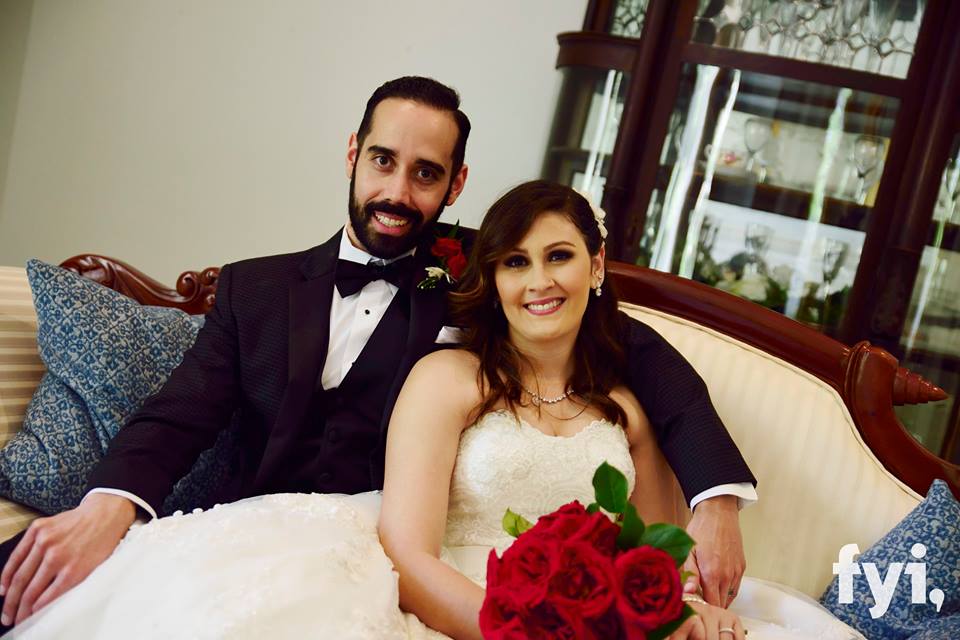 Please don’t touch me. Ever. (FYI.tv)

Neil and Sam: Dear God, this once awkward union is morphing into a disaster. Sam’s initial need to diffuse an awkward situation with bad humor has evolved into outright cruelty. She is so terrified to let down her guard with the kind and perfectly nice-looking Neil that she is sabotaging the entire marriage by being straight-up mean to the poor guy on national television.

Sam is “not attracted to the Indian culture” and not attracted to Neil. She just put that right out there as they were packing for their honeymoon. Neil took this “information” like a champ, but I can see the wheels turning in his head. This will be a funny story at Neil’s real wedding to another person in like, 4 years.

Obviously this is Sam’s defense mechanism so that she doesn’t have to be vulnerable, which scares her. But it wasn’t fun to watch in the way that it’s fun to watch Ashley storm out of her own bachelorette party. Scenes from upcoming episodes show Neil asking her not to call him a “pussy.” Fantastic. That’s just great. Name-calling someone close to you is such a massive deal-breaker for me, I would have walked stormed off down the honeymoon beach. These are the basics of friendship, much less partnership. No name-calling. Ever. Use your words, Sam! “Pussy” is not one of them.

In her defense (I guess), Sam took to Twitter to admit she behaved badly. It seemed like as the episode progressed, the bummed-out bride was getting Tweet-slammed by Neil defenders. So who knows, maybe these two are the weird ones that make it?

I feel like Eve and I could do a better job matching couples than the MAFS experts do. It always seems like odd pairings from those four weirdos, but like all things in life, only time will tell. I just hope none of them threaten to kill each other like last year.

Until next time, my First Sight Friends, may all of your husbands be willing and your commercial breaks be brief…