But first, your friendly reminder that I am recapping the new season of 90 Day Fiance for Previously TV. Read it ALL over there and tell them how much you love me. Thnx.

Okay, we need to talk about Danielle and Mohamed and Gabriel and Luisa. And you might need to go first because I cannot even find the words. Sigh. I’ll try.

WHAT THE FUCKING FUCK IS GOING ON? ARE WE STILL ON EARTH?

With the heavy advice from the inappropriately named Beth, Danielle decides to take the hard legal route and demand an annulment from Mohamed. This means that unlike a divorce, Dani will claim the marriage was a sham and Mo might get sent back to Tunisia. If she just filed for divorce, they go their separate ways. But as Dani’s lawyer explained, “If you want revenge, we can file for an annulment.” Beth’s eyes lit up.

Meanwhile, Mohamed has hopped a train and then hopped in a Chrysler Le Baron or similar to make to move down to Miami with Luisa. Who is Luisa? Someone from the internet who befriends Tunisian reality stars and has a lot of connections in the Miami area, that’s who. Luisa is very blonde and aspires to be a dance mom when she finally settles down.

All is not well in paradise. Mohamed is hell bent on getting a job in Miami ASAP and keeps pestering Luisa to text her many, many connections. Luisa is bored with Mohamed. The thrill of reality show cameras has worn off and maybe things will be more exciting on the West (best) Coast. Plus, Luisa doesn’t really have any connections in Miami. If she did, she wouldn’t be living in a lesser room at a Miami Airport Radisson with Mohamed and his brand new work ethic.

If Mohamed wants a job so bad, he can go and look for one himself. If I lost my job and couldn’t find another in my chosen field, I would walk into a Starbucks and fill out an application. I would always work at Starbucks, no problem. Coffee + money = FINE WITH ME. 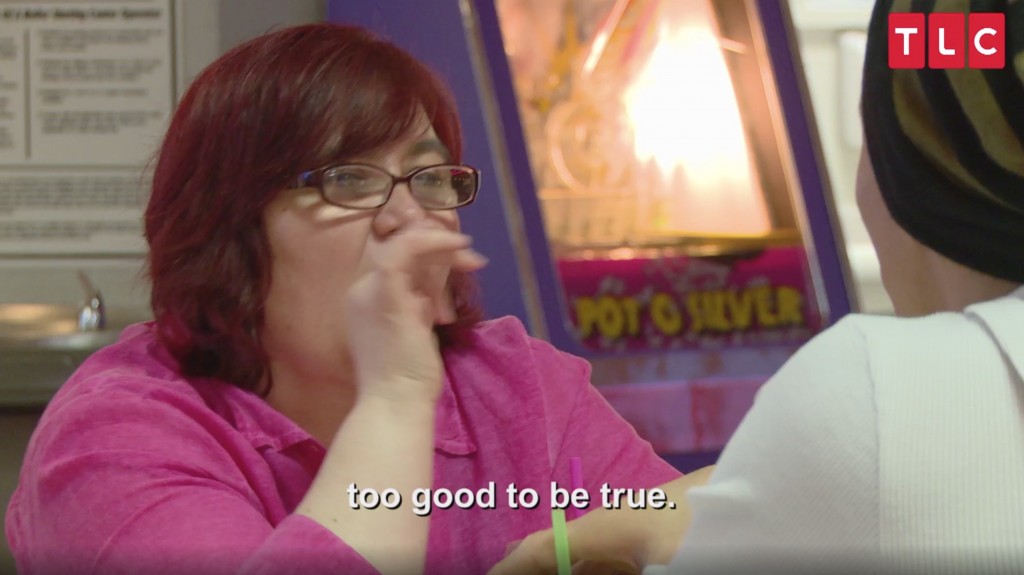 Too good to be true, you say? How interesting.

But wait. What is this? Danielle has some sort of new friend from the internet and he is younger, hot, and speaks with an accent. Danielle and Gabriel (from hence force to be known as Dabriel/Dabri) have been “hanging out”, whatever that means. We meet Dabriel when the couple goes (wait for it) roller skating together. Gabriel trying to get Danielle onto the roller rink was oddly reminiscent of “Weekend at Bernie’s.” She’s basically immobile on eight wheels. Gabriel is apparently “separated” himself (from Beth, we can only hope) and finds Dani more than acceptable. He loves “chubby” and “big” women. Okay, great. On behalf of my upper arms, I thank you Gabriel. But methinks there might be more to this budding romance than a pure relationship of shared attraction and mutual respect. Christ, Dani can barely form a sentence. She’s too busy giggling and hiding her face in her armpit at everything Gabriel says.

Beth, of course, wants to spectate the high drama of a revenge-based annulment, but doesn’t seem that jazzed about Dani dating. What a shitty friend. On behalf of Beths everywhere, we’re normally fucking awesome friends.

Who are Gabriel and Luisa and where have they come from? As my cohort Eve would say, “What’s their end game?” I’ve spent some serious free time pondering this very question and have yet to find an answer. I will say, however, that whomever located The Jbalis and got them to sign a contract with Sharp Entertainment is a fucking reality television genius. Could any of us have guessed that this is the televised road the Mohamed and Daniel romance would lead down? No, I say! 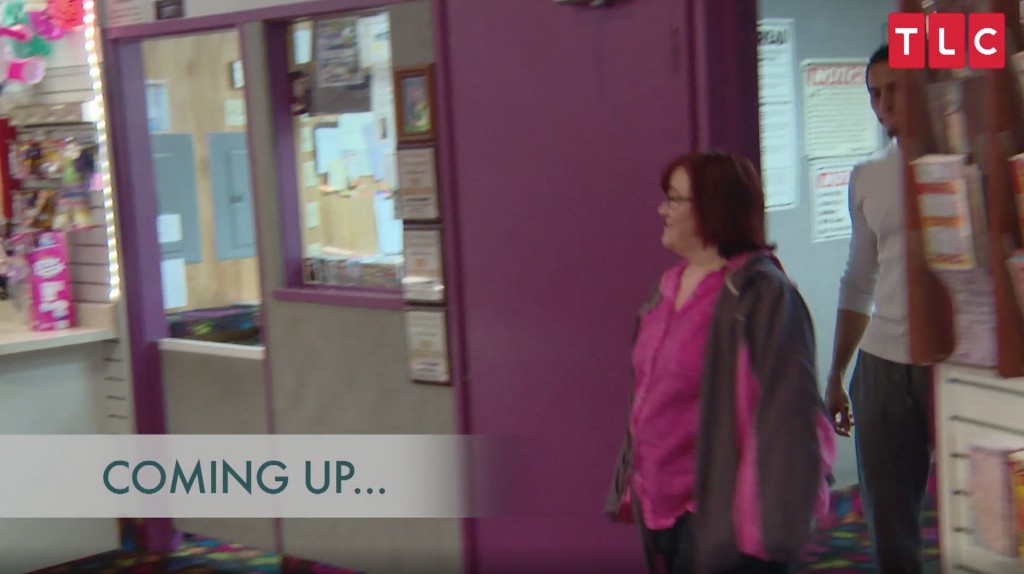 Look at this slice of Gabriel. (Sorry, I’m screenshotting from previews on the TLC site because I’m lazy UNLIKE MOHAMED.)