From photos shot by really judgmental busybodies, it would appear that lovebirds Jackson and Palmer were engaged in a sex act on the ground of a Norfolk, Virginia parking lot in broad daylight and within proximity to a day care center. I don’t know what kind of day care center lets toddler wander around shopping center parking lots, but anything is possible in Norfolk, Virginia.

Earl was so drunk, he was basically passed out in the parking lot. But that did not stop his significant other from a little afternoon delight. Because everything is sexist, only Kimberly was charged with being drunk in public. Earl was like, “It is what it is” about the whole event, and bizarrely, I find his laissez faire attitude refreshing.

Here are Earl’s best lines from their interview:

“In the beginning, I consented.”

“She has needs. I had needs. It just happened.”

“From now on, we know we’ve got to be more discreet.”

And in response to the question of whether or not they’d ever have sex in a parking lot in front of strangers again, Earl thought about it for a second and honestly, stoically answered, “I don’t know.” 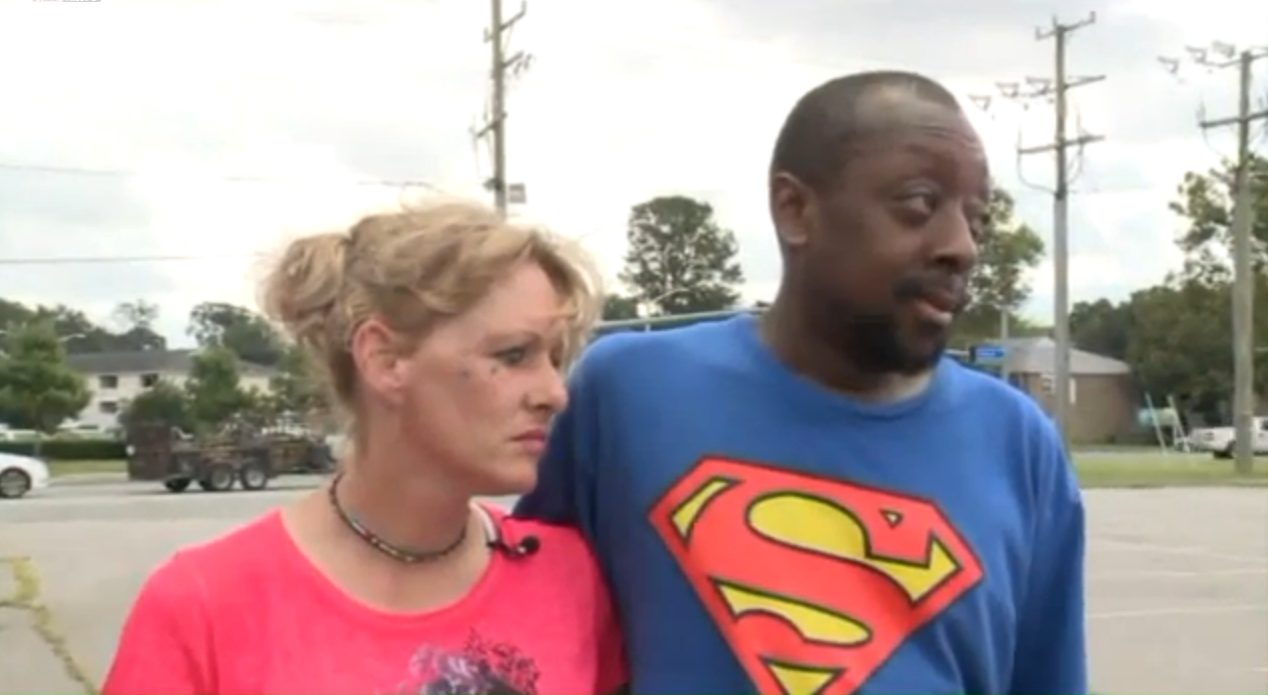 “You see my point.” (screenshot from WTKR)