YAY! I love this show.

Southern Charm, if you couldn’t already tell by the title and my obsession with it, is a Bravo TV reality show in which wealthy 20/30-somethings is Charleston, South Carolina live ridiculous lives and sleep with each other. There is much discussion on whether or not someone is a Huguenot and that Restoration Hardware furniture looks like “Salvation Army.” They also shake hands with each other when they wake up every morning, and openly discuss how rich they are, which is odd for Old Money people to do, but maybe in the South it’s okay to be ridiculously gauche about how much money one has. 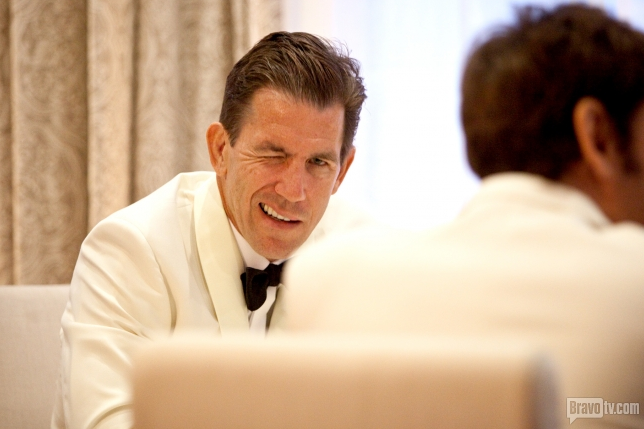 Let’s discuss the cast, although when I did this about “Secret Princes” that insane fake Prince from England “LUDOVIC WATSON” left nasty comments under a fake name claiming that I’m a whale who never has sex. WHATEVER LUDOVIC, you horse-toothed virgin! I hope Whitney from Southern Charm doesn’t google himself with the same veracity as Ludicrous Lord Ludo.

Whitney: Whitney is a man, all Christain names aside, and lives with his mother who is basically “rich Southern mom” from Central Casting. I love Whitney’s mom and think she needs her own show where she is impressed by NOTHING! Whitney is 40-ish although I’m sure claims otherwise, and possesses every affectation one could possibly possess. Even though he’s a bit of a shit, I like Whitney because I’m afraid he’d be mean to me if I didn’t.

Cameran is a woman, all Christian names aside, and was once on MTV’s “The Real World.” She is the only normal person on the show, and I love her. We would all be friends IRL with Cameran.

Thomas: Thomas is 7,328 years old and comes from the most important family in the world, according to him and his father and his pastor and his servants. Thomas is a good ole boy, who is very charming and courteous, and has lots of political aspirations. It’s tough not to like Thomas, and while his bio doesn’t mention it, Thomas served time in prison for cocaine shenanigans. He’s got a pretty healthy sense of humor about the whole thing, considering HE IS A FELON and revealed that he was on the top of a three-bed bunk. “I had to climb up that laddah every night!” <3! Craig: No one cares about Craig. He’s boring.

Jenna: Jenna has shaved head parts and dresses like she subscribes to Vogue and would like you to know that. No one is quite sure where she gets her money from, although there’s lots of alluding to some older, sugar-daddy boyfriend whom we see rarely in B-roll and who sets off a couple of pings on my gaydar. Jenna, like everyone else on this show, lives in a ridiculously gorgeous historic Charleston multi-level home, which probably costs like, 500K. Half of them also have plantations, and I’m pretty sure none of them have seen “12 Years A Slave.”

Shep: Shep is supposed to be the lovable golden retriever of the group. He sleeps with ladies, he’s got a big toothy grin, he wears American flag sunglasses to a 4th of July party. Shep is like a hot Forrest Gump. Again, there’s something about the accent and the fake politeness that endears these proudly rich Carolinians to me.

Then, on the side (as it were) is Kathryn Dennis. She has slept with everyone except Craig in the span of 3 weeks and CRAIG IS VERY OFFENDED BY THIS! Kathryn is Huguenot and 21-years old and her last name is Dennis. OMG Cathy Dennis! The Southern Charm finale ended with Thomas finally dumping Kathryn, 28-years his junior. And this was AFTER he had a sit-down with her “fathah” in the “pahlah.” And then, God bless Bravo, they cut to “9 Months Later” and there is Thomas holding a little baby, named every single trendy dumb name ever, and 21-year old Kathryn sitting proudly by. 50-year old Thomas coos, “I love yah, my little Kensington Bailey Madison Jayden.”

Blessedly, tonight is the Southern Charm reunion. Will you be watching? Do you want to come over and watch it with me while we drink lemonade out of mason jars?