Like any decent American, I was aware that many European countries has purpose-less royalty but that most were fake princes and princesses. There is only one real purpose-less Royal Family, and that is obviously Kate Middleton et al.

Sweden’s royal family? With their sashes and taffeta dresses in the 21st century? Okay. Whatever. Sure. The Netherlands? Finland? I those those were all the same place. And didn’t France kill all of their royals?

Well apparently Spain still has a handful, including the hot guy from the Reality TV show “Secret Princes.” The King of Spain is now stepping down and letting his son take over. He’s had it with the castles and free vacations and ruby broaches. Enough with these 12-course dinners and canopy beds. He wants to go live a “humble” life. 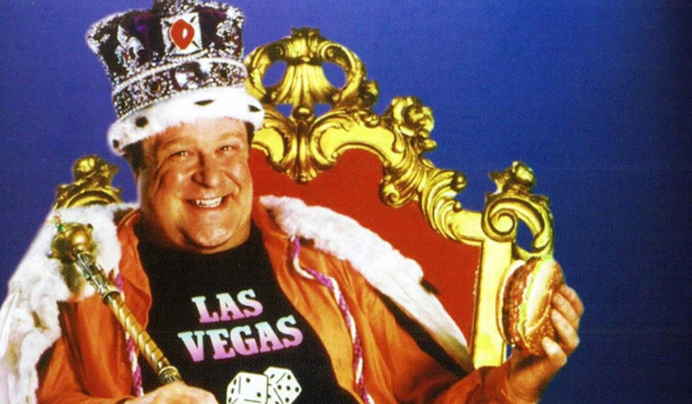 Screenshot from one of my dad’s favorite movies, “King Ralph.”

I think this is all a ruse to get people to pay attention to the Spanish Royal Family because the British have been dominating the royal news for 40 years. GET ON IT ESPANA! The King is actually a direct descendant of Queen Victoria. They’re all inbred anyway. Quite frankly, I’d rather the spotlight be taken off that flawless Princess Kate and put on a bunch of weirdos elsewhere. Like a good reality show, watching the Royal mishaps is supposed to make us feel better about microwave dinners and styling our own hair every morning. Whatever happened to Fergie? There’s a royal I can get behind; accepting bribes and going on diets.

List your favorite Royal in the comments, pls. Or I’ll chop your head off.