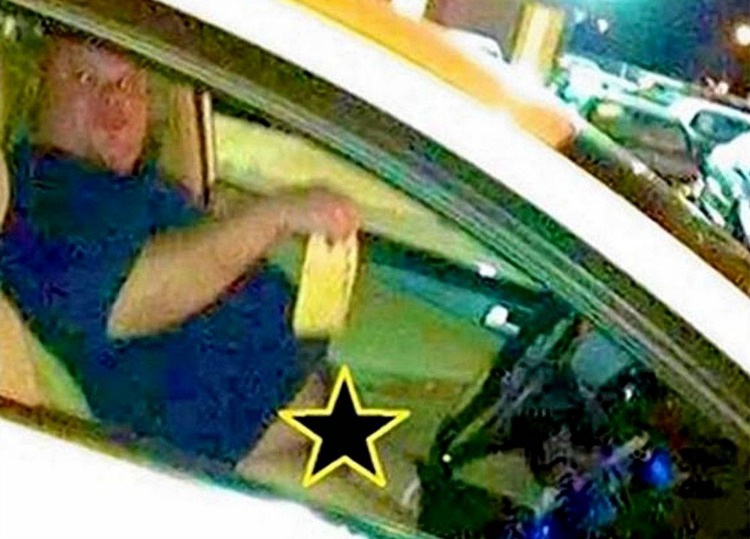 What, you haven’t heard about the Swiss Cheese Pervert? His name’s pretty self-explanatory: he’s a guy who wants you to help him do sex things with Swiss cheese. I am not making this up, this is a thing!

41-year-old Christopher Pagano has allegedly been driving around the Mayfair section of Philadelphia, pulling up next to women and asking them to perform “lewd acts” on him while dangling a piece of Swiss cheese near his junk. His alleged crimes were first brought to light by the area’s neighborhood watch, which posted a photo of the suspect (above) on their Facebook group page.

“I understand that people may think this is funny, but this is no laughing matter,” Milt Martelack, one of the neighborhood watchmen, told The Morning Call

I started to compare girls to cheese due to their milky complections [sic], girls are soft, smooth feeling and tend to like dairy products more

That and typical advertising, always using a girl to advertise dairy products. So cheese is what I started to use as a replacement for having sex with girls.

Pagano was arrested in January, which I missed because I was busy watching TV or something. But Pagano made it back in the news this week, when a yet another victim (the fourth) stepped forward to say that she, too, experienced what prosecutors described as “harassment included using processed cheese when he approached the victims.”

You should probably be proud of me for making it this far into the post without making the obvious joke about how in Philadelphia you should expect the guy to use cream cheese, not Swiss. Thank you. But I still want to talk about his choice of cheese, more seriously.

Because, why Swiss? When I saw the headline describing Pagano as the Swiss Cheese Pervert, I was sure this was going to be some American Pie situation, with the holes and the cheese, and hi mom! But even from the delicate news descriptions of the incidents, it appeared that he wanted to use the slices as wraps, not an orifice. (And this is where Beth emails me and says she needs to quit Slow News Day and our friendship. BUT I MUST ASK THESE THINGS BETH. FOR JOURNALISM.)

And Swiss is absolutely the least sexy of the cheese. Sure, there are stinkier, but that’s sexy (Taleggio, holla!). And there are crappier cheeses, like American, but American has that picnic Liv Tyler and Ben Affleck take in the worst part of Armageddon feel to it, it’s cheese for the kind of nice folks I moved to San Francisco to avoid. Gouda? Good to go. Limburger? Smells like a locker room, ain’t nothing wrong with that.

But Swiss? Swiss has two places in thie world: on a Reuben, or in the compost. That’s it.

Note to Philadelphia area prosecutors: If Pagano is found guilty, I would be happy to fly to your fine city to repeat these remarks at his sentencing. I totally have Starwood points I can use, you’d only need to pay for my plane ticket!