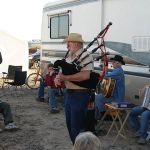 In the interest of saving money, we recently switched to AT&T Uverse cable, and as a result, my boyfriend and I are discovering amazing and bizarre television. A history-buff, my 34-year living companion tended to end up on something called “RLTV” repeatedly, watching stuff about Hitler’s bunker and Ronald Reagan’s personal habits. I never paid […]