Get THIS. A young woman at Qhfudbfjkfnkjsn (impossible to spell) University in Quincy, Massachusetts had been accepting money from her mother for college but not attending. Having invited her entire family to graduation, it finally occurred to Danielle Shea that everyone would find out that not only would she not be graduating, she’d been ripping off her mom. So Danielle explored her options, and chose the dumbest one.

She called in bomb threats to the commencement ceremony 20 minutes before start-time.

“Hey Danielle, why isn’t your name in the program?”

“What! Must be some sort of mistake. Hold on real quick Grandma, I need to make a phone call.”

Danielle was caught immediately and is now in a world of trouble. 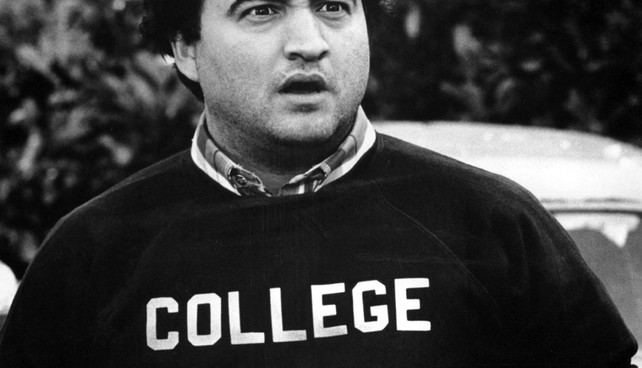 OMG Danielle, I could’ve thought of so many better ways to get you out of this jam.

1. Fess up right away, or preferably, before everyone made the trek to Quincy, MA. The consequences tend to be WAY worse due to the cover-up, not the actual offense. (See; Martha Stewart, Bill Clinton, etc.) While it would have been a horrible phone call, email, or conversation, Danielle would only be considered a criminal by her family, not all of the Eastern Seaboard. Claim depression, offer to pay back the money one way or another, and tuck your tail between your legs for a couple of Christmases.

2. Here is a possible script for Danielle, “I’m not in the program? What? Lemme go find someone and… Oh my God, you won’t believe this. There’s some sort of computer glitch. They don’t have me as graduating. I am so sorry! (tears, tears.) I’ll have to figure this out on Monday.” Because the bomb threat was a temporary solution anyway. And a shitty one.

3. Fake a medical emergency. If you need to fake something, don’t involve thousands of other people who did actually graduate from college and who’ve been waiting four years for this moment. Karmically, screwing up so many excited graduates day is going to backfire. Although everyone at the 2014 Qhsubfsjdnfkdnk University Commencement Ceremony will have a really good story, and look pretty awesome to their families for, you know, not being like their classmate who stole, lied, and called in bomb threats.

Good luck Danielle, you sassy, poor-decision-making drama queen. I can’t wait to see what you do next!