If only Nev and Max had been on this case! 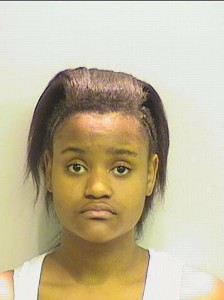 A 19-year old in Tuscaloosa, Alabama (what? where?) was living with her aunt. Marissa, the 19-year old, was all over Facebook and constantly inviting social media strangers over to her aunt’s place to get drunk. The aunt was like, “Please don’t.” So Marissa blocked her on Facebook. The aunt, being awesome, created a fake account of a man she named Tre “Topdog” Ellis (!!!) and befriended Marissa.

Just to recap, Marissa was catfished by her aunt, who caught her trying to hire a hit man.

Who else is in love with the aunt? She named her fake profile Tre “Topdog” Ellis. And she was letting Marissa live with her, presumably for free. I don’t think requesting a moratorium on rando internet strangers showing up is too much to ask.

Aunt Awesome has nothing on Nev and Max! This brings me to my next question for you, SND reader. Eve and I want to solve a Catfish. We’re really good at stalking people online. You think you’re leaving an anonymous comment on here? Please. We know where you work. Anyway, we want to put this skill to use for you! Does anyone want us to find out the true identity of their online love? Because we totally will. For free, and not on TV. Just on the internet. Let us know!