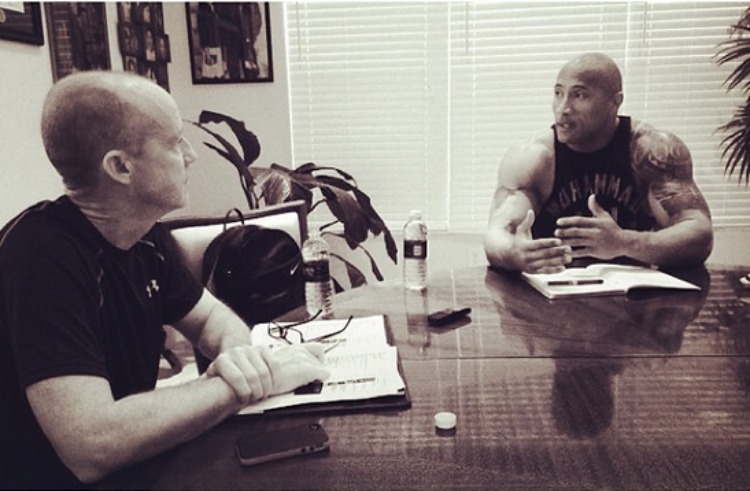 What did you do last weekend? I went to Trader Joe’s, read the most recent Bridget Jones book (do not get me started), and caught up on Opposite Worlds (post on how wonderful this show is tk).

Pro-Wrestler turned action star Johnson wrote his first memoir, The Rock Says…, in 2000. It was number one on the New York Times nonfiction bestseller list, which perhaps explains why Johnson and collaborator Joe Layden (points to Layden for the personal website he has linked from his Harper Collins page) are leaping back into the void.

A quick scan of Johnson’s Wikipedia page suggests that there’s plenty of ground to cover in this second volume. A bunch of WWE stuff I don’t give a shit about, scroll scroll, jesus Wikipedia people scroll. Huh, they don’t appear to mention Southland Tales. Hey, I forgot he was in that Witch Mountain reboot!

Thinks I thought when I looked at this photo, in no particular order:

But, come on, you guys. He’s a 41 year old actor who didn’t register to vote until 2000. (No shade: I love The Rock, that’s why I follow him on Instagram.) I’m sure his anecdotes from the set of Tooth Fairy will be gripping as hell, but do we really need this? Does The Rock, even?