It’s True Crime Wednesday, which always happens right before Beth’s Therapy Thursday. So don’t worry, everything that we cover here I will be able to process with a professional.

I was rudely absent last week, living the fun parts of Bridget Jones Diary 2: The Edge of Reason, so I really wanted to come in with a killer (heh) TCW for you true crime fans. Which true crime case should we discuss today, I wondered? Then I began remembering so many scary, sad, bizarre cases. My mind palace is a sick library of murder and mayhem.

For today, I’ve selected the sad story of Aileen Wuornos, whom you might know as the woman Charlize Theron played in “Monster.” Whenever I am asked my “favorite” serial killer, I qualify the word “favorite” and then say that I have the most empathy and compassion for Aileen Wuornos. 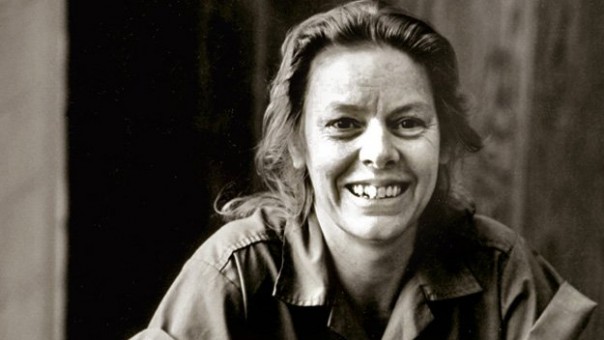 Image from “Aileen Wuornos: Selling of a Serial Killer” by Nick Broomfield

I won’t defend Wuornos’ crimes because she killed innocent men (and one sadistic convicted rapist who was killing her) but I will list the reasons I feel for Aileen, and why it is complete bullshit that she was executed by the State of Florida, which, hello, is Florida.

-Aileen began engaging in sexual activities at the age of 9 in exchange for cigarettes and food. She slept with both her brother and father, and was eventually kicked out of “home” at the age of 14 for being pregnant. She ended up living in the woods. Aileen Wuornos was a 14-year old mother living alone in the woods.

-Aileen’s homicidal rampage began when she was brutally raped by a client while she prostituted herself on Florida highways. The rapist was a previously convicted rapist, who, according to Aileen (sometimes), was torturing her to death. Aileen changed her statement about this first murder a lot, but I truly believe it was self-defense.

-Aileen was sold out by her girlfriend, one of the few people “Lee” had in her life, and basically took the entire rap so her girlfriend WHOM I DO NOT CARE FOR wouldn’t do any jail time. The whole thing was a shitty situation and in recording of their phone calls, which were played in court, you can hear Aileen heart actually break. I can’t even type this without crying, it was such a profoundly sad moment in a profoundly sad life.

-Aileen was put to death, rather than receive any help or serve the rest of her life behind bars. Many officials involved in her case were actively shopping her story to Hollywood, and her attorney (as seen in the documentaries) openly smoked weed while he investigated her case. THIS ALL HAPPENED IN FLORIDA, so you KNOW that evidence did not come correct.

-Aileen’s last meal was a cup of coffee. She requested to listen to “Carnival” by Natalie Merchant before she died. Every time you hear “Carnival” from henceforth, the lyrics will make so much sense.

-Interviews with Aileen show her to be, while admittedly off, sweet and eager to please. She doesn’t strike me as a master manipulator or evil individual. Aileen Wuornos always struck me as a broken human with the teeniest, tiniest, little bit of light left inside her, no matter how hard this world treated her. She didn’t deserve the life she led.