Have you ever looked at the FBI’s website? It’s surprisingly cool. For example, under the “What We Investigate” section, you’ll find “Spies. Terrorists. Hackers. Pedophiles. Mobsters. Gang leaders and serial killers. We investigate them all, and many more besides.”

And many more besides!

Hold on. I’m just getting started. Check out this 28-minute YouTube video providing advice for American college students studying abroad who might get recruited as spies.

I don’t know about you, but I am 100% fine with my tax dollars being used for that video. This video has everything; international espionage, hot romance in Shanghai, and important life lessons. Show this in theaters! How does an actor get to be in FBI videos about spies? Can they put it on their resume or is it classified? Who composed the “walking through the quad” music? If there an official FBI composer, or is this how Hans Zimmer gets to stay in the country?

If you can even handle it, the name of this video, again produced by the United States Federal Bureau of Investigation, is “Game of Pawns: The Glenn Duffie Shriver Story.”

There’s not just the 10 Most Wanted. I mean, that’s definitely on the FBI’s website. But they break down the Top 10s by crime genre. If you weren’t a patriot before, I’m guessing you’ll be one after checking out the totally badass FBI criminals page. I think an eagle just flew across my screen. 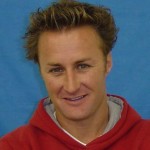 Each criminal is listed by crime genre (crimes against children, kidnappings, computer crimes, etc.) and then we get a photo, backstory, scars and tattoos, aliases, and if you want, A POSTER! For example, meet Sean Penn’s twin, who made the Most Wanted (all genres.) Jason Derek Brown robbed and killed an armored car driver. He speaks fluent French and has a masters in International Business. You can see photos of how he’s projected to age, and what he might look like now. 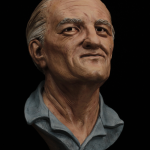 There’s William Bradford Bishop Jr., who bludgeoned his wife, mother, and three young sons to death in 1976. He’s considered armed, dangerous, and suicidal. And since he hasn’t been photographed in ages, they made a clay bust of old William. In addition to being an avid outdoorsman with a love of Africa, the FBI describes Bishop as, “intense and self-absorbed, prone to violent outbursts, and preferred a neat and orderly environment.”

These are the terrorists the FBI would like your help in finding. See something, say something!

Parental Kidnappings are no joke, and rank high with the FBI’s most wanted. Although if you’d like to see the creepiest mugshots and “known photos”, look no further than the men of the “Crimes Against Children” section. Kent Douglas Eaton, one of the worst people ever, is described by the FBI thusly, “Eaton is likely to travel internationally and maintains websites registered in the Netherlands. Eaton seems to seek out young males who are underage, developmentally disabled, mentally depressed, or economically/socially at risk.” Um, hello? He’s in the Netherlands. Go get this creep!

Don’t worry, all you Mulders and Scullys. There’s a Jobs section. Categories include :Linguists, Special Agents, and Hostage Rescue Team. Here’s the hiring process to become a Special Agent. Good luck making that happen. There are no social media opening with the FBI. I checked.

Did you know that you can request a copy of your Identity History Summary? If I’m reading this correctly, only people with fingerprints on file (aka: military folks or CRIMINALS) would have an IHS (!), so most of us are exempt. (Ed. note: If you were ever arrested, send me an email with all the details because I will find that interesting. Thanks.)

Then, of course, there is the Sex Offender Registry. It is divided by state, territory, and Native American Tribe.

The FBI website features oh so much more, and we really encourage you to check it out while you’re pretending to work. Honestly, what’s more important; getting your boss those TPS reports or staying up to date on protecting your life and your country? That’s what I thought.