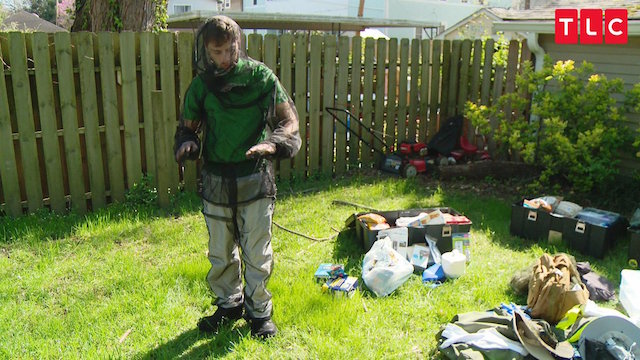 It should go without saying that Paul wears his passport around his neck.

Sweet Glory be to God in all that is reality gold. Other than the Saga of Sandusky, “Before the 90 Days” is the greatest thing to come to the TLC television network since they discovered 600-lb Mormon little people with multiples.

My husband had grown bored with 90 Day Fiance and it’s various spin-offs that follow the same people around various suburbs. Danielle and Mohamed have dissolved into a bizarre and toxic never-ending cycle or tears and unnecessary 911 calls. I can’t even muster enthusiasm for the Dominican Republic showdown between Family Chantal and Family Pedro. But the new series, “Before the 90 Days” has roped-in even my jaded spouse – mainly because someone gets robbed in Brazil with a machete.

Before the 90 Days follows six couples who have fallen in “love” online but have yet to meet. Cameras watch as the international drama unfolds between completely inappropriate pairs and their horrible decisions. Hooray!

There is not one boring couple among them but we are mainly watching for Paul, a convicted arsonist who has never traveled abroad. Paul, whose mother gave him a chunk of her hair ripped from a comb before his journey, must travel two days up the Amazon to meet his child love who doesn’t speak English and lives, to hear Paul describe it, in a mound of dirt. Paul has brought along three “military grade” trunks full of things like VENOM EXTRACTOR for his jaunt into Brazil’s rainforest. Two things right here: My Army Reserves life-partner claims those trunks aren’t military grade, like anyone cares and also, Paul made it sound like he’d be riding in a canoe up piraña-infested river. He’s on a goddamn cruise ship. There is no need for a defibrillator. There are no untouched spots on Planet Earth, Paul. Everyone’s got a Starbucks now.

Paul looks like he’s never seen sunlight before, much less an airport. He keeps referencing “Bad relationships” and a “secret,” which we can only assume to be the arson (as outed by the internet.)

I don’t know why I’m bothering to write words. This is the best recap of the show:

We are also watching for Sean, who is a cross between Ned Flanders and Jim Bakker. Sean is 500-years-old and has flown to Haiti to be with Abby, the world’s most beautiful 20-year-old. Sean has heads in his freezer – but would probably LOVE it if someone gave him some of their hair from the shower drain. He’s EL WEIRDO. Abby, meanwhile, keeps mixing up Sean with her ex-boyfriend, 600-year-old Chris. 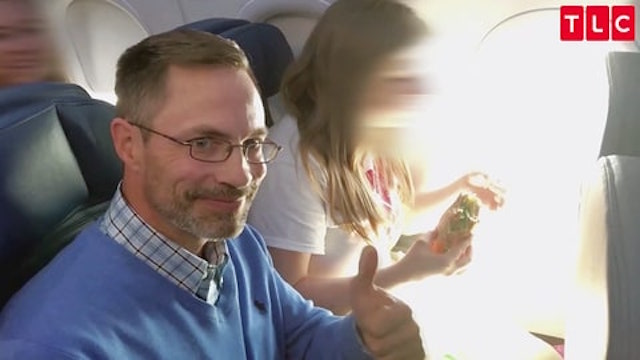 Thumbs up to Sean’s seat mate and her sandwich.

Then there’s this “42-year-old” who completely misrepresented herself in photos, but that doesn’t matter to 24-year-old Jesse provided she smells good and places all of her panties on his designated panty shelf.