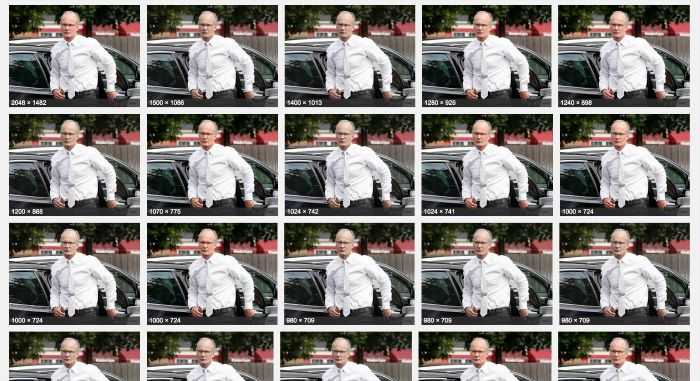 I know that Beth and I have been beating the fashion don’ts drum a bit lately, but I can’t let this one go without comment: why did the guy who shot and killed celebrity feline Cecil The Lion wear a white tie with a white shirt on his first day back at work? Was he HOPING that there’d be a Peta-style red paint attack, or what? I’m just so perplexed.

Here’s the deal, if you’ve been living in a wifi-less van down by the river: Minnesota dentist Walter Palmer shot and killed a beloved Zimbabwean lion named Cecil during a July hunt in Hwange National Park. International outrage ensued, as allegations were made that Palmer and his pals lured Cecil from a protected wildlife preserve before killing him. (Honestly, if you don’t know this already, you aren’t reading this site, so I’ll stop the backstory here.)

I’ll spare you my thoughts on hunting, animal death, and what people get angry about and will instead focus on the most important issue in this case: what Palmer chose to wear when, after weeks of contempt from across the globe, he went back to work. It’s a very strange choice, a blindingly white shirt and an equally blinding white tie.

When I first saw the Associated Press photo depicting Palmer’s ensemble, I thought maybe it was my monitor — I mean, who does the same-color-shirt-and-tie thing (besides those employed in organized crime), let alone who does that in the same shade of…white?

That’s why I did the Google Image search you see above to find a bigger version of the shot (see, Catfish-ees, it’s just that easy). And then I enhanced.

I mean, what the shit? Not only is he white on white, like some kind of inverse International Male, but the white tie is some bizarre checkerboard pattern? This is the outfit you wear on the day you emerge from hiding “past swarming media and a handful of protesters calling for him to be sent to Zimbabwe to face trial“? This is not the Met Ball, Palmer, this is your dental practice. Those Crest white strips are for your teeth, not your tie.

Then again, I guess there’s worse stuff he could have worn. What, too soon?