I hemmed, I hawed. Should I keep writing about this missing Malaysia Airlines flight? Um, yeah. A commercial airplane filled with over 200 people has been MISSING for over a week. Initially, I offered my theory that the most likely answer was probably the correct one: the plane crashed due to human error or mechanical failure and has yet to be found. Conspiracy theories are for lunatic virgins.

Here’s what is changing my mind, and something I could use some help on better understanding: a satellite has detected the airplane still flying 7 hours after take-off, 6 hours after the last communication, and thousands of miles off course.

1. How is an airplane able to fly so far off course without someone noticing?

2. What happened in those 6 hours where the pilots (or hijackers, if that’s what happened) turned off the communications devices and started flying west? Are we not in constant communication with every airplane in the air? Can’t we track every commercial airplane whether they keep their transponder on or off? Basically, how can an airplane disappear for 6 hours, pop back up (in the air, apparently) thousands of miles away, and then disappear again? Like, technically. I don’t get it.

3. Is this at all connected to the recent stabbing attacks in China?

4. Is it possible that they NEVER find this plane and NEVER know what happened? Um yeah, that could totally happen. 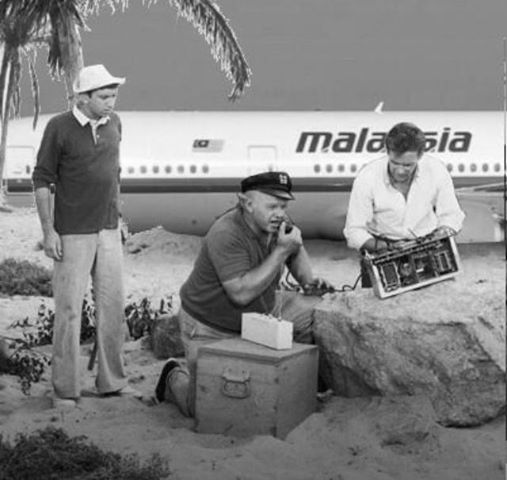