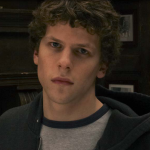 If you had forgotten that life is basically a giant middle school cafeteria, a “fact tank”* is here to remind you of with a study on “how people are using Facebook.”

According to a recent Pew study 36% of FB users “strongly dislike it” when you “share too much information” about yourself, even though, presumably, THAT IS WHAT FACEBOOK IS FOR. And how are we quantifying “too much”? Pew isn’t saying.

5% of the study respondents say they also “strongly dislike” seeing posts about social activities they were not included in. Which, those people sound so neat that I’m really surprised anyone ever plans a social activity without inviting THE PEOPLE WHO APPARENTLY BEGRUDGE OTHERS OF FUN.

*Fact tank! I love that Pew describes themselves that way. Beth, let’s start a fake tank!